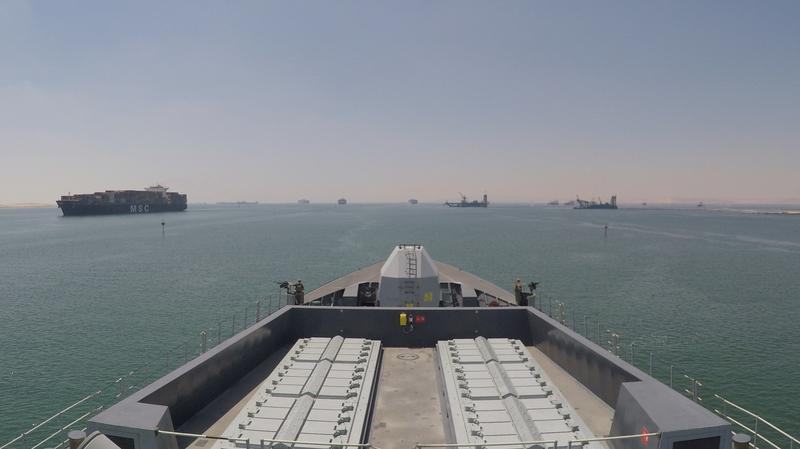 FILE PHOTO: Royal Navy destroyer HMS Duncan passes through the Suez Canal into the Gulf to support the safe passage of British-flagged ships through the Strait of Hormuz in this handout photo released July 28, 2019. Royal Navy/Handout via REUTERS

LONDON (Reuters) – Britain is sending another warship to the Gulf to defend freedom of navigation, the defence minister said on Saturday, after Iran seized a British-flagged tanker in the region.

Tensions have risen between Iran and Britain after Iranian commandos seized a British-flagged tanker last month. That came after British forces captured an Iranian oil tanker near Gibraltar, accused of violating sanctions on Syria.

The navy said HMS Duncan, a type 45 frigate, sailed from Britain on August 12, alongside HMS Kent, which was also heading to the Gulf to replace the HMS Duncan.

“Wherever the red ensign flies around the world, the UK stands by to protect freedom of navigation whenever is it tested,” defence minister Ben Wallace said.