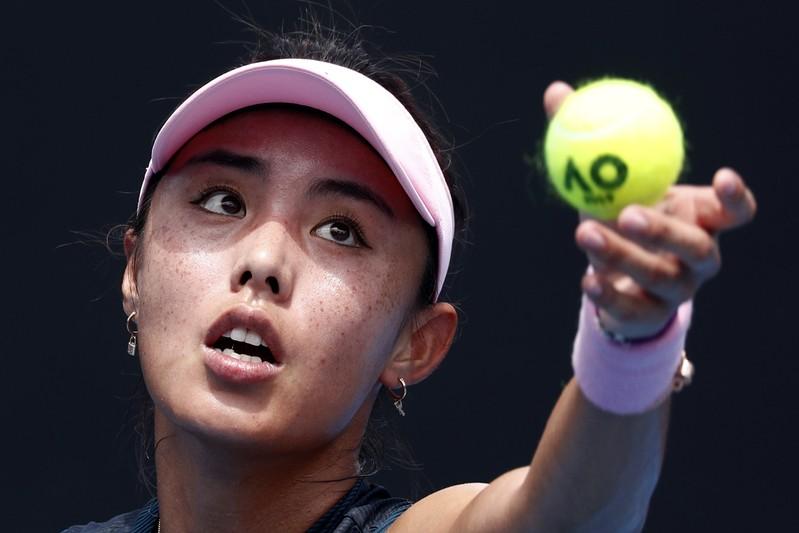 (Reuters) – Top seed Wang Qiang and fifth ranked Katerina Siniakova both had to battle back from a set down to beat unseeded opponents and advance to the Bronx Open semi-finals on Thursday.

Wang failed to win a game in the opening set against Russia’s Anna Blinkova before storming back to win 0-6 6-1 6-4 in 90 minutes.

“I didn’t have too much feeling in the first set,” the Chinese player told reporters. “In the second set, I started again, so I found my way.”

Blinkova did not face a break point in the first set but Wang turned the tables in the second, winning five games in a row after going up a break.

In the final set, Blinkova saved two match points with Wang serving at 5-3 but the top seed set up three more on her opponent’s serve in the next game to clinch the win.

Siniakova saved two match points in her 4-6 7-6(6) 6-3 win over American Bernarda Pera in an encounter that lasted two hours and 27 minutes.

Both players broke each other three times and had nearly identical statistics on serve but it was the second set tiebreak that made the difference for the Czech 23-year-old.

“It was a really tough match,” Siniakova told reporters. “(She is) aggressive, she plays so fast and I was under pressure.

“I was just trying to keep fighting and play every point. I was happy that I could come back and it was a good match for me.”

Reporting by Rohith Nair in Bengaluru; Editing by Peter Rutherford