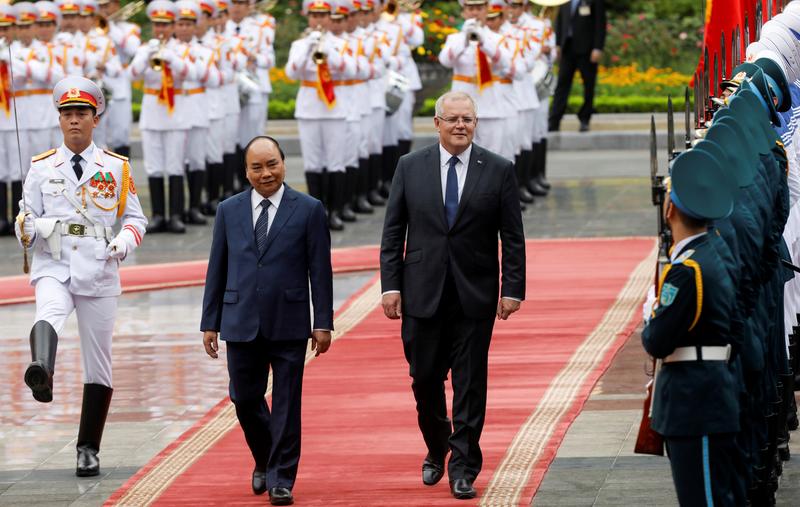 Vietnamese and Chinese vessels have since early July been locked in a tense standoff in Vietnamese-controlled waters in the South China Sea, where a Chinese vessel appeared to have been conducting a seismic survey.

The United States also said on Thursday it was deeply concerned about China’s interference in oil and gas activities in waters claimed by Vietnam, and that the deployment of the vessels was “an escalation by Beijing in its efforts to intimidate other claimants out of developing resources in the South China Sea.”

Phuc was speaking at a press conference alongside his Australian counterpart Scott Morrison, who is in Hanoi for a three-day visit.