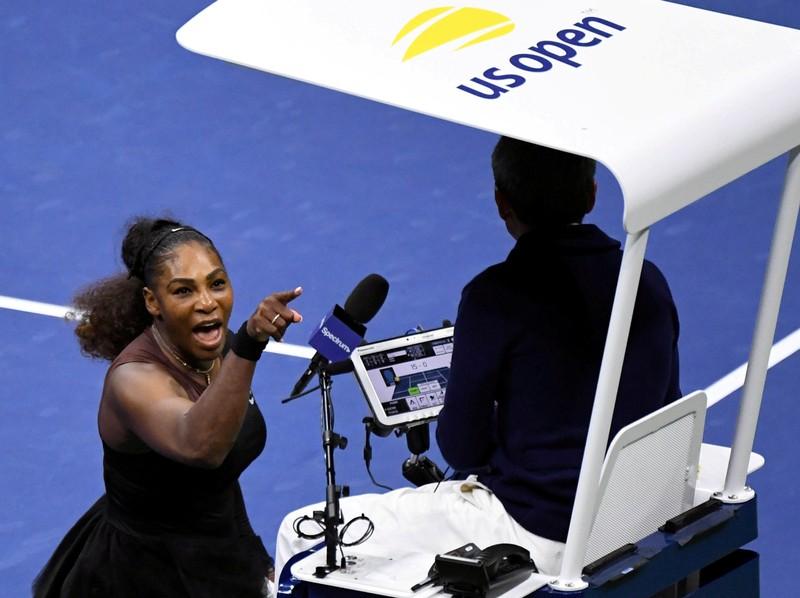 NEW YORK (Reuters) – A year after Serena Williams infamously clashed with an umpire during her U.S. Open final loss over being assessed multiple violations that confused some viewers, tournament organizers have unveiled changes to make such rulings clearer to fans.

The United States Tennis Association (USTA), which runs the U.S. Open, said on Friday that this year for the first time at the Grand Slam it will post code violations on the scoreboard as they occur.

Chair umpire Carlos Ramos, in line with the Grand Slam rule book, warned Williams for a coaching violation during last year’s showpiece with Japan’s Naomi Osaka before deducting a point and later a game for her behavior, which included a smashed racket and calling him a “liar” and thief.”

During the post-match trophy presentation a tearful Osaka, who had just won her maiden career Grand Slam title, stood on court while many confused fans who did not understand what was happening as the rules were applied, booed the proceedings.

“We are looking for ways to increase the fan awareness of what’s going on in stadium,” chief umpire Jake Garner told reporters. “When a violation is given, it will appear on the scoreboards on each court. So again, just to make the fans more aware of what’s going on.”

In another bid to avoid confusion with how rules are applied the USTA said match officials will be more widely available to broadcasters while during the semi-finals and final an official will be on Twitter throughout the match explaining the rules.

During last year’s final Williams told Ramos he would not be “on another court of mine as long as you live” and the Portuguese will not oversee any matches at the U.S. Open involving the six-time champion or her older sister Venus.

“In the end, our goal is to assign the best chair umpire for the right match. So in taking all those factors into consideration, the decision was made that he would not do any of the Williams sisters’ matches.”

USTA chief executive of professional tennis Stacey Allaster said the Williams sisters did not put in a request to be kept apart from Ramos, who will still be considered for all high-profile matches.

“No, no, the request has not come in,” said Allaster. “This is our collective decision. We want to focus on the competition.”