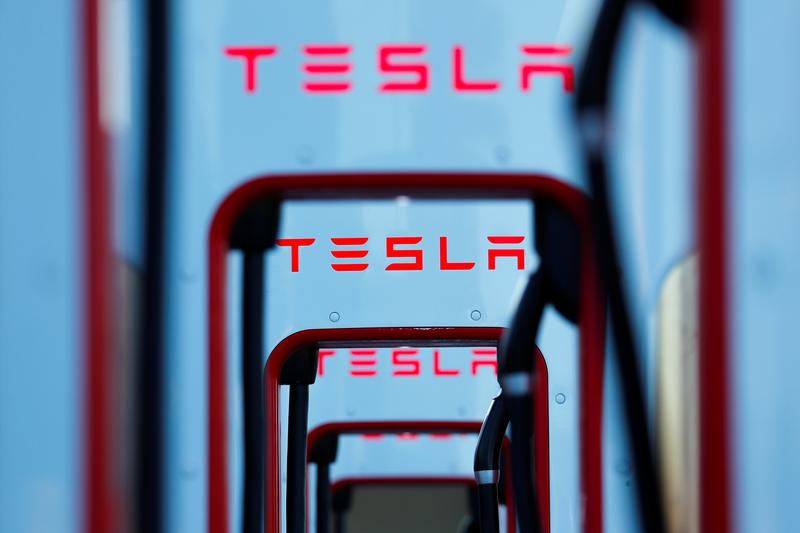 (Reuters) – U.S. electric vehicle maker Tesla Inc (TSLA.O) is in advanced talks with South Korea’s LG Chem Ltd (051910.KS) to source batteries for vehicles to be made in its Shanghai plant, a person familiar with the matter said.

The move represents a push by Tesla to diversify sources of the key component for its electric vehicles. Japan’s Panasonic Corp (6752.T) is currently Tesla’s exclusive battery cell supplier for new cars.

Bloomberg reported on Friday that the California-based EV maker has agreed to buy batteries from LG Chem, citing people familiar with the matter. The batteries made by the South Korean chemical company will be initially used in Model 3 cars that are to be manufactured in the plant near Shanghai, the report said.

LG Chem is expanding its China battery capacities and modifying some manufacturing facilities for making a different type of auto battery, according to the source.

The company currently mainly makes pouch-type auto batteries and other types of batteries, but as a major battery maker, it is not hard to revamp facilities to make cylindrical auto batteries that Tesla uses, the source and separate people familiar with the matter added.

The source, who spoke on condition of anonymity as the talks are not public, said Tesla is still likely to use Panasonic batteries in the initial phase of production and source from other suppliers including local names in the future.

LG Chem has signed battery material supply agreements with China’s Huayou (603799.SS) and Tianqi (002466.SZ), as the South Korean battery maker is trying to expand its foothold in China. It said it would set up a joint venture with a unit of China’s Geely [GEELY.UL] on batteries.

China has scrapped its so-called “white list” of recommended battery suppliers, which did not include foreign firms when it was first published in 2015 to spur a domestic battery sector, a decision foreign companies said could open up the world’s biggest market for electric vehicle batteries.

Panasonic has said it could supply batteries to Tesla’s Chinese plant either from Japan, the United States or China.

Tesla Chief Executive Elon Musk said in November the U.S. company would manufacture all its battery modules and packs at the Shanghai factory and planned to diversify its sources.

Reporting by Yilei Sun in Shanghai, Aakriti Bhalla in Bengaluru and Ju-min Park in Seoul; Editing by Sherry Jacob-Phillips and Muralikumar Anantharaman