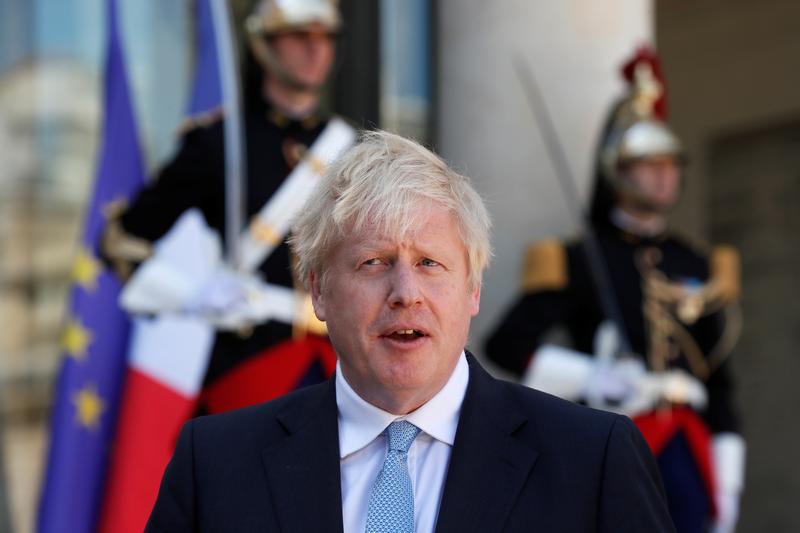 Johnson wants to drop the backstop – an insurance policy to keep the border between British-run Northern Ireland and EU member Ireland open under all circumstances after Brexit – from the stalled divorce deal.

The rest of the EU, including Ireland, say the backstop is crucial to maintaining peace on the island. In order to maintain the seamless border, it would keep the entire United Kingdom in a customs union with the EU “unless and until” alternative ways to achieve the same aim were found.

Below are the main points in the Alternative Arrangements Commission report Johnson praised ahead of meetings with French President Emmanuel Macron and German Chancellor Angela Merkel, and the response it received in Ireland and Northern Ireland.

WHAT IS THE ALTERNATIVE ARRANGEMENTS COMMISSION

The commission is a non-governmental group set up earlier this year by Prosperity UK, a think tank established in the aftermath of the 2016 Brexit referendum that says its aim is to look constructively at the UK’s future outside the EU.

It is chaired by Greg Hands and Nicky Morgan, two lawmakers from Johnson’s Conservative Party who voted for Britain to remain in the EU but now support its withdrawal.

Alongside a technical panel of academics and trade advisers, its members include some of the most strident pro-Brexit members of parliament, many of whom are drawn from the European Research Group of Conservative MPs and Democratic Unionist Party (DUP).

WHAT DOES THE REPORT SAY

The Commission’s interim report proposed what it described as a multi-layered approach of various measures that would harness “existing technologies and customs best practice” and “should” be fully up and running within three years.

They included the introduction of a tiered, mutually-recognised Trusted Trader Programme to cover businesses large and small. The largest operators that cross the border frequently would avoid checks by submitting self-assessed customs paperwork on a quarterly basis.

It proposed the establishment of special economic zones away from but close to the border, suggesting areas 30 to 50 km within each side between the Northern Irish county of Derry and Donegal in the Irish Republic and further east between the town of Newry to the north and Dundalk in the south.

Food safety and agri-food inspections would be carried out by mobile units away from the border. The report also suggested investigating the possibility of a common sanitary and phytosanitary (SPS) area on the whole island under EU SPS rules.

It said it would use the recommendations of the report to draft an Alternative Arrangements Protocol which could be inserted into the divorce treaty to ensure that the UK and EU would never activate the backstop.

HOW DID BUSINESS GROUPS RESPOND

Manufacturing Northern Ireland, the main lobby group for the sector, said the report left fundamental questions unanswered and would lump costs and complexities onto a business community with neither the capacity, experience nor capital required to deliver untested solutions. It would “kill firms, damage consumers and inflict a level of surveillance onto border communities which doesn’t have their consent,” the group said.

The Federation of Small Businesses, Northern Ireland’s largest business lobby, said that while many of the proposals in the report were feasible, they could lead to additional costs and administrative burdens and that it was unsure whether such a series of cascading, phased solutions would solve the issue.

The British Irish Chamber raised questions over how the trusted-trader system would work in practice, especially for smaller businesses and how realistic it would be to gain the EU waivers required. The proposals lacked credibility in the reality of how all-island trade actually works, it said.

WHAT ABOUT THE IRISH GOVERNMENT?

While the Irish government did not directly respond to the report at the time – as it was not government policy – European Minister Helen McEntee said in June that the proposals raised many questions and serious doubts about whether they can achieve the same outcome as that provided by the backstop. That is the benchmark which must be reached by any alternative approach, she said.