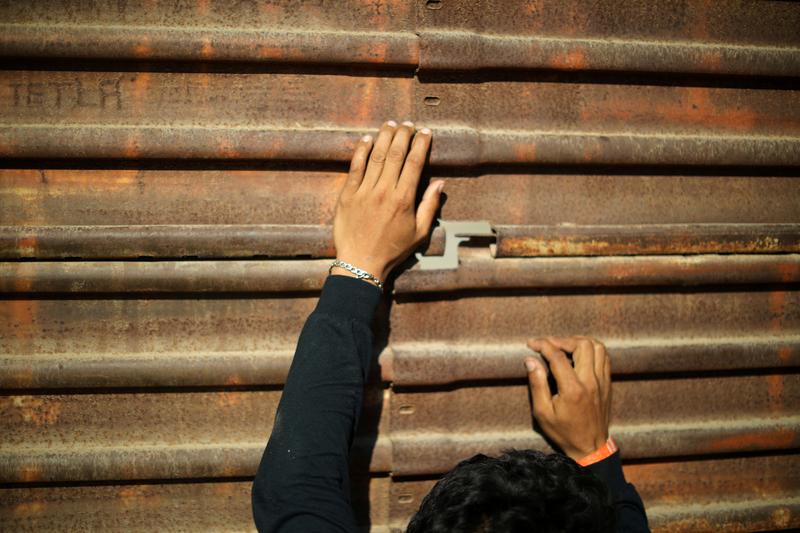 WASHINGTON (Reuters) – The Trump administration on Wednesday unveiled a rule that allows officials to detain migrant families indefinitely while judges consider whether to grant them asylum in the United States, eliminating a previous 20-day limit.

The rule, which is certain to draw a legal challenge, would replace a 1997 court settlement that limits the amount of time U.S. immigration authorities can detain migrant children. That agreement is generally interpreted as meaning families must be released within 20 days.

It was the administration’s third major regulation restricting immigration in little more than a month, all during an unsettled period when senior immigration officials hold “acting” titles lacking U.S. Senate confirmation.

Trump has made cracking down on legal and illegal immigration a hallmark of his presidency after campaigning in 2016 on a promise, so far unfulfilled, that Mexico would pay for a border wall to keep migrants from entering the United States.

On Wednesday, Trump told reporters his administration was seriously looking at ending the right of citizenship for children born to noncitizens within the United States.

Immigration officials have struggled to handle a surge of families fleeing violence and poverty in Central America. Department of Homeland Security (DHS) officials say they have caught 390,000 family units since last October.

On July 15 the administration unveiled a rule to bar almost all immigrants from applying for asylum at the southern border, and on Aug. 12 it announced regulation allowing visas and permanent residency only for those who make enough money.

Legal challenges have held up many of Trump’s initiatives, but immigration advocates say he has managed to build an “invisible wall” through executive actions bypassing Congress.

The administration framed the policy as a humane approach to a crisis in which a record number of mostly Central Americans have sought asylum in the United States.

“To protect these children from abuse, and stop this illegal flow, we must close these loopholes. This is an urgent humanitarian necessity,” Trump said in a statement.

Critics counter that Trump and Stephen Miller, his aide on immigration, are using a series of heartless policies to animate hardcore political supporters and discourage migrants from fleeing their impoverished and violence-ridden homelands.

“The cruelty of the Trump administration knows no bounds. Make no mistake: this new rule is about letting President Trump and Stephen Miller keep children in awful conditions for longer periods of time and continue the administration’s horrid treatment of innocent migrant families fleeing unthinkable hardship,” U.S. Senate Democratic leader Chuck Schumer said in a statement.

The American Academy of Pediatrics has repeatedly said detention is not suitable for children, who may suffer numerous negative physical and emotional symptoms. Officials said the families would receive mental health treatment and other services.

The latest action tears apart the Flores Settlement Agreement that had placed limits on how long children of families seeking asylum could be held in detention, enabling the U.S. government to release tens of thousands of families pending the resolution of their cases.

Trump officials had blamed Flores for a spike in immigration, especially of Central American families, saying it encouraged migrants to bring children with them so they could be released into the United States pending their court cases.

Families typically have to wait several months for their cases to work their way through immigration court, and the new rule would allow the DHS to keep those families at detention facilities.

McAleenan said the government believes some families captured on the border were fraudulent based on DNA testing of some migrants in pilot programs implemented in recent months.

“No child should be a pawn,” McAleenan said at a news conference announcing the rule. “Or as one gentleman in Guatemala told me, ‘as a passport to the United States.’”

FILE PHOTO: A migrant, part of a caravan of thousands traveling from Central America en route to the United States, tries to look at U.S. border patrol officers through a hole in the border wall between the U.S and Mexico in Tijuana, Mexico November 25, 2018. REUTERS/Lucy Nicholson/File Photo

The rule will be published in the Federal Register on Friday and will take effect 60 days later. The implementation deadline could slip, however, depending on the success of the likely court challenges.

Opponents of the administration have yet to say how they plan to challenge the latest rule. But lawyers in the original litigation said they would likely be filing a motion to halt the Trump rule once it is published.

Multiple lawsuits were filed within days of the two previous two immigration rules.