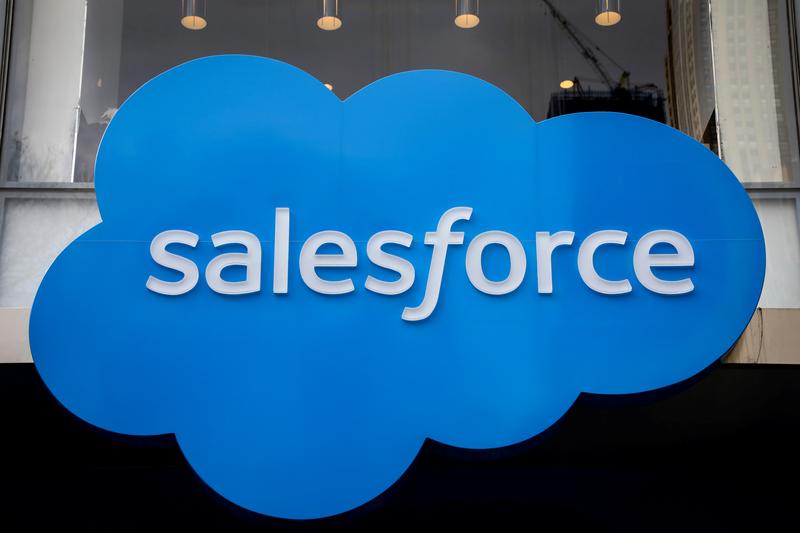 (Reuters) – Salesforce.com Inc (CRM.N) forecast third-quarter and full-year revenue above Wall Street estimates on Thursday, as it benefits from acquisitions and more companies opting for its cloud-based services, sending its shares up 7% in extended trading.

The company said it expects revenue of $4.44 billion to $4.45 billion for the current quarter, topping analysts’ expectations of $4.25 billion, according to IBES data from Refinitiv.

Salesforce has spent billions of dollars on acquisitions in the last few years, adding companies such as Tableau and MuleSoft, protecting its market share as it battles Microsoft Corp (MSFT.O) and Oracle Corp (ORCL.N).

The San Francisco-based company said on Thursday it expects the Tableau acquisition, its biggest ever, to add value in the range of $550 million and $600 million for the year.

Tableau, which provides AI-enabled data analytics to companies like Netflix (NFLX.O) and Verizon (VZ.N), was acquired on Aug. 1 for $15.3 billion.

The early close of Tableau helped Salesforce grow, according to Steve Koenig from Wedbush Securities. He also said the company is also growing on an organic basis.

Total revenue surged 22% to $4 billion in the second quarter ended July 31, compared with analysts’ estimates of $3.95 billion, according to IBES data from Refinitiv.

Revenue from Sales Cloud, its flagship product for customer relationship management, rose 12.5% to $1.13 billion, accounting for about a third of its revenue.

Excluding items, it earned 66 cents per share, above analysts’ expectations of 47 cents.