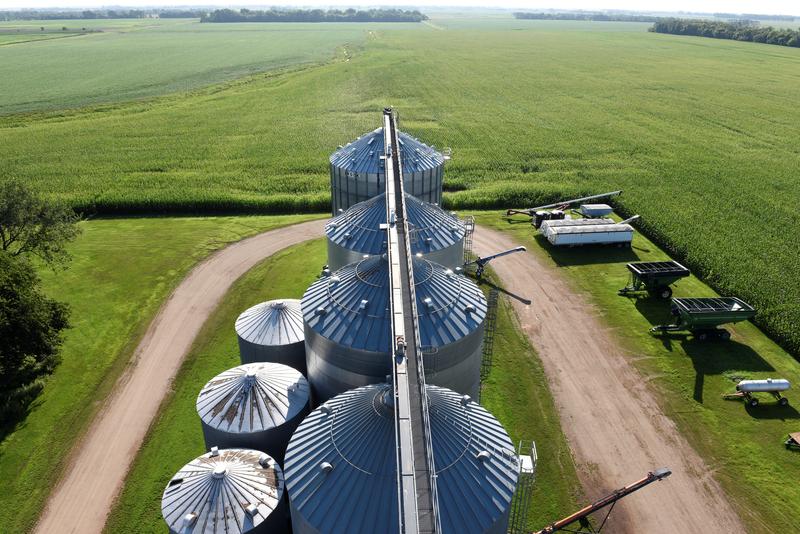 The industry here – on the far northwestern edge of the U.S. farm belt, close to Pacific ports – spent millions on grain storage and rail-loading infrastructure while boosting plantings by five-fold in 20 years.

Now, as the world’s top soybean importer shuns the U.S. market for a second growing season, Dakota farmers are reeling from the loss of the customer they spent two decades cultivating.

The state’s experience underscores the uneven impact of the U.S.-China trade war across the United States. Although China’s tariffs target many heartland states that, like North Dakota, supported President Donald Trump’s 2016 election, those further south and east are better able to shift surplus soybeans to other markets such as Mexico and Europe. They also have more processing plants to produce soymeal, along with larger livestock and poultry industries to consume it.

For North Dakota, losing China – the buyer of about 70% of the state’s soybeans – has destroyed a staple source of income. Agriculture is North Dakota’s largest industry, surpassing energy and representing about 25% of its economy.

“North Dakota has probably taken a bigger hit than anybody else from the trade situation with China,” said Jim Sutter, CEO of the U.S. Soybean Export Council.

China shut the door to all U.S. agricultural purchases on Aug. 5 after Trump intensified the conflict with threats to impose additional tariffs on $300 billion in Chinese imports, some as soon as Sept. 1.

Some farmers were relying on the Trump administration’s $28 billion in farm aid payments to compensate them for trade war losses, only to be disappointed with new payment rates for counties in North Dakota.

The rates are below those for some southern states that rely much less on exports to China. The U.S. Department of Agriculture determined other states had a higher “level of exposure” to tariffs than North Dakota because they also grow other crops, such as cotton and sorghum, that were hit by Chinese tariffs, according to a brief written statement from the USDA in response to questions from Reuters.

(For a graphic on farm aid: here:Soybeans.jpg)

With record soy supplies still in storage and another crop to be harvested soon, farmers in the U.S. soybean state with the best access to ports serving China are unable to sell their crops at a profit.

Rail shippers would normally send more than 90 percent of the North Dakota soybeans they buy to Pacific Northwest export terminals. Now they are trying unsuccessfully to make up the shortfall by hauling corn, wheat and other crops with limited demand. Some are moving soybeans south and east to domestic users, a costlier endeavor that ultimately thins margins for both shippers and farmers.

Soy farmers who planted this spring – when the White House was talking up a nearly finished trade deal with China – watched as those trade talks collapsed in May, sending prices well below their costs of production.

Vanessa Kummer’s farm in Colfax, North Dakota, has yet to sell a single soybean from the fall harvest because of the low prices. Normally, the farm would have forward-sold 50% to 75% of the upcoming harvest.

She fears the U.S.-China soy trade is now “permanently damaged” as China shifts its purchases to Brazil, uses less soy in animal feed and consumes less pork as African swine fever kills of millions of the nation’s pigs.

“It will take years to get back to any semblance of what we had over in China,” Kummer said, standing in a sparse field of ankle-high soy plants, where two weeks earlier she hosted a delegation of soy importers from Ecuador and Peru.

Though it is the No. 4 soy state overall, North Dakota is home to two of the top three U.S. soy producing counties in the nation.

Options for North Dakota farmers are limited. U.S. wheat has been losing export market share for years. Demand for specialty crops such as peas and lentils, which grow well in the northern U.S., has been dampened by retaliatory tariffs imposed by India, a major importer of both products.

North Dakota’s farmers never set out to become so dependent on a single buyer of one crop. But with wheat profits shrinking and Chinese demand for soy growing, soybeans increasingly seemed like the obvious choice.

A $200 million crop two decades ago blossomed into a $2 billion crop, topping the value of wheat, once North Dakota’s top crop.

The number of high speed shuttle train loading terminals in North Dakota tripled from about 20 in 2007 to more than 60 currently, according to industry data, with investments totaling at least $800 million.

But one of those facilities, CHS Dakota Plains Ag elevator in Kindred, North Dakota, has gone three or four months without loading a soybean train this year, said Doug Lingen, a grain merchant there. Normally the elevator would load at least one train a month with beans bound for the Pacific Northwest.

The drop in demand has soybean prices in North Dakota trading at an historic discount to U.S. futures prices, and farmers are putting investments on hold.

But an uncertain future has now shelved those plans, even with the latest promise for government aid. According to rates published last month, farmers in Sherlock’s county can apply for aid of $55 per acre, well below the maximum $150 rate offered in 22 counties nationwide.

“I’m just going to defer all my investment,” he said, “and try to limp along for a few years.”