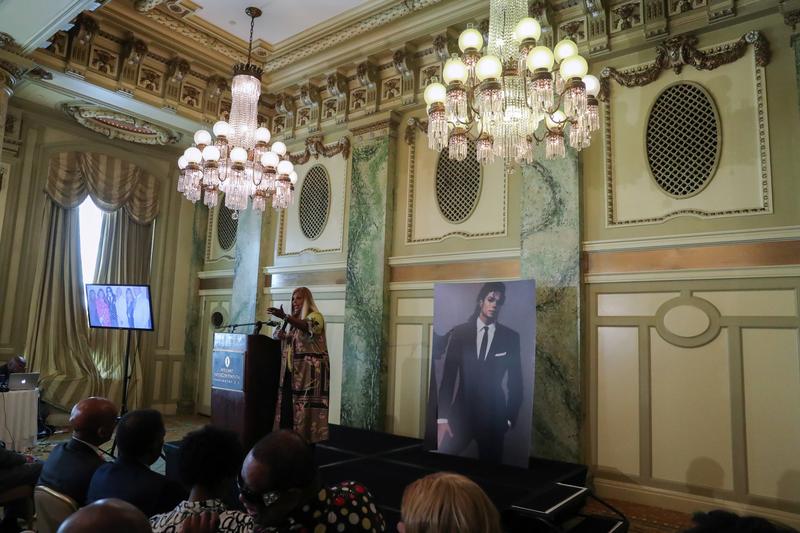 WASHINGTON (Reuters) – A former publicist for Michael Jackson on Thursday announced plans for a charitable foundation not affiliated with the late pop singer’s family or estate, intended to defend and promote the legacy of the controversial entertainer.

Raymone Bain, who represented Jackson in 2005 and 2006, said the Michael Jackson Legacy Foundation would seek to raise money for the charitable causes Jackson supported during his life, including the advancement of civil rights for African Americans.

Bain told a Washington news conference that the foundation was in its early stages and that she had not yet contacted family members.

Jackson’s estate said on Thursday that Bain “is not authorized to act on behalf of the Michael Jackson Estate nor to use Michael Jackson’s name in any way for charitable or her own commercial purposes.”

Bain said Jackson gave $300 million to charitable causes during his life, but that she was unaware of any donations made in his name since his 2009 death at age 50.

Jackson’s estate noted that the “Thriller” singer’s estate remains in probate and has not yet closed.

In 2005, Jackson was acquitted at a trial on charges of molesting a 13-year-old boy at his Neverland ranch in California.

In a documentary released earlier this year, “Leaving Neverland,” two other men said they were abused by him from the ages of 7 and 10 in the early 1990s. Jackson’s family and estate have denied the accusations.

Bain said Jackson has been “victimized” by false accusations.

“I’m hoping that the Michael Jackson Legacy Foundation will be able to move forward in a positive way to help preserve, protect and defend all of what Michael Jackson did during his life and to maintain someone who helped open so many doors for so many people,” she said.

According to Forbes, Jackson was the top-earning dead celebrity last year, taking in more than $400 million through recordings, tribute shows, and the sale of his EMI Music publishing stake.

Bain filed a lawsuit against the singer’s estate, which was thrown out in 2017, claiming that Jackson had left her and three other business partners a 15 percent stake in his company.

She said her new foundation would raise funds independently through donations from individuals and through a planned tribute event for the singer.

Bain said one of the initiatives would be an exhibition at the National Museum of African American History and Culture.