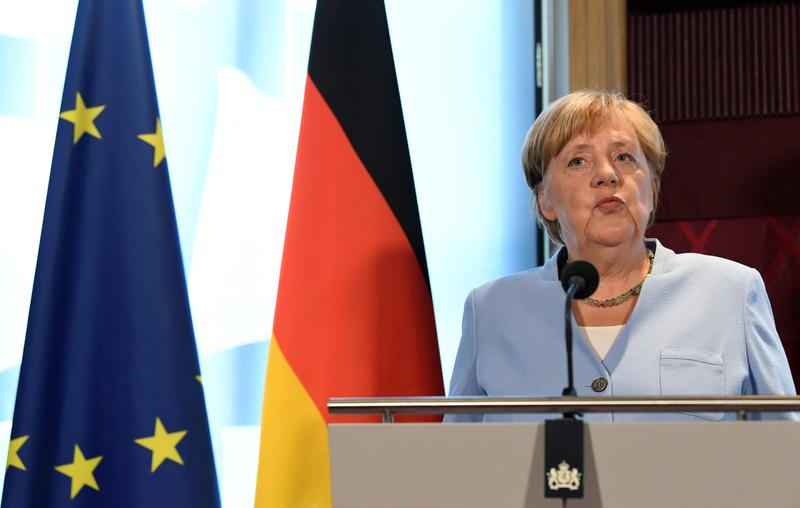 THE HAGUE (Reuters) – German Chancellor Angela Merkel said she had not given Britain 30 days to find a solution for the so-called Irish backstop but had wanted to highlight how short time was before Britain’s planned European Union exit date of Oct. 31.

“I said that what one can achieve in three or two years can also be achieved in 30 days. Better said, one must say that one can also achieve it by October 31,” Merkel told a news conference in the Hague.

“It is not about 30 days. The 30 days were meant as an example to highlight the fact that we need to achieve it in a short time because Britain had said they want to leave the European Union on October 31,” she added.

At a joint news conference on Wednesday in Berlin with British Prime Minister Boris Johnson, Merkel appeared to suggest that a solution to the sticking point of the Irish backstop could be found in the next 30 days.

“It was said we will probably find a solution in two years. But we could also find one in the next 30 days, why not?” said Merkel, Europe’s most powerful leader.

Johnson repeatedly said that the Irish border backstop – which is a protocol of the Withdrawal Agreement struck by his predecessor Theresa May – needed to be removed in full.

He said Merkel had given him 30 days to come up with alternatives and said there was ample scope for a deal.

French President Emmanuel Macron told Johnson on Thursday that there was not enough time to negotiate a wholly new Brexit divorce deal.