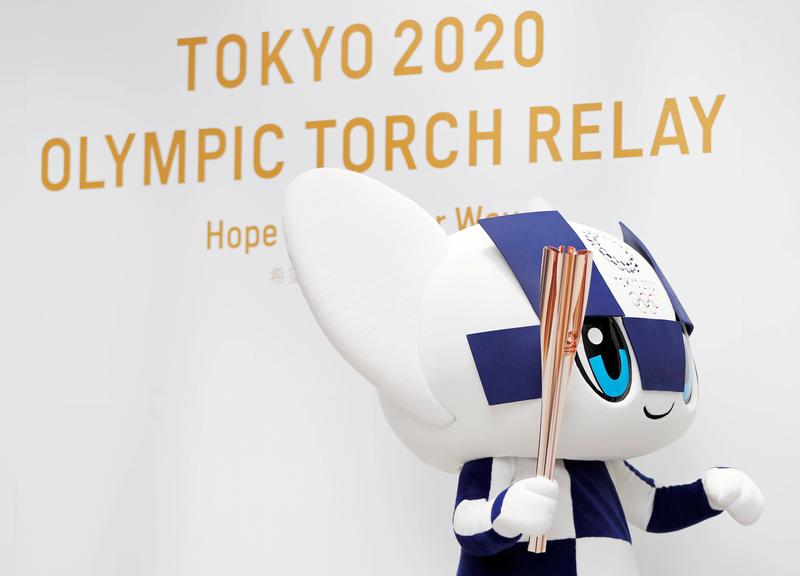 TOKYO (Reuters) – With the Tokyo Olympics less than a year away, speculation is growing in Japan over who will be the final torchbearer to light the cauldron in the new Olympic Stadium, in the traditional ritual that begins every Games.

Some predict a famous Japanese athlete, such as retired baseball player Ichiro Suzuki, will do the honors. Others say it will be an ordinary, but symbolically important, person.

Picked to light the flame in 1964, the last time Tokyo hosted the Games, was Yoshinori Sakai, a 19-year-old college athlete born in Hiroshima on Aug. 6, 1945, the day of the U.S. atomic bombing – a choice meant to highlight Japan’s remarkable post-war reconstruction.

This time, Prime Minister Shinzo Abe wants the Games to showcase Japan’s recovery from the 2011 earthquake, tsunami and Fukushima nuclear crisis, fuelling speculation that the choice could be a young person or emerging athlete from the devastated northeast.

Olympic organizers say they will not reveal the final torchbearer’s identity until the torch arrives in the stadium on live television, watched by billions of spectators.

Shohei Ohtani (17) prepares to bat during the first inning against the Oakland Athletics at Angel Stadium of Anaheim. Kelvin Kuo-USA TODAY Sports/File Photo

Another oft-named candidate is rising international baseball star Shohei Ohtani. The winner of last year’s American League Rookie of the Year award is sometimes compared to the legendary Babe Ruth, because he can both pitch and hit at an elite level.

Picking a baseball player might be a nod to the one-off reappearance of the sport at this Olympics after it was removed in 2012 and 2016.

Yuzuru Hanyu, a hearthrob for the Japanese, who became the first man in more than 50 years to win back-to-back figure skating gold medals, also figures in the discussion. He hails from Sendai, a northern city hit by the 2011 tsunami.

In an effort to show Japan is becoming a more diverse society, organizers could choose rising tennis star Naomi Osaka, whose father is Haitian and mother Japanese.

Or, in a nod to the future, they could pick 20-year-old golfer Hinako Shibuno, who won the Women’s British Open this month in her first LPGA event, the first Japanese woman to win a major in 42 years.

“This time, it’s got to be Shohei Ohtani or Naomi Osaka or Hinako Shibuno,” said 80-year-old Toshihiro Ishikawa, who watched the opening ceremony at the 1964 Games from a seat in the now-defunct original national stadium.

“They have a great future ahead of them. If such a person climbs the stairs and lights the cauldron, it will brighten the entire nation.”

To emphasize Japan’s recovery from the 2011 disaster, after the Olympic flame is lit in Greece, it will be flown to Matsushima air base, which was hit by the tsunami.

Then the four-month torch relay will begin on March 26 at J-Village, a soccer training center in Fukushima that served as a frontline operations base for workers who battled the crisis at the nuclear power plant after meltdowns at three reactors.

Those seeking to participate must apply by the end of August through a taskforce in each of Japan’s 47 prefectures or through companies sponsoring the relay.

The 2020 organizers say they will not reveal how the final torchbearer will be chosen.