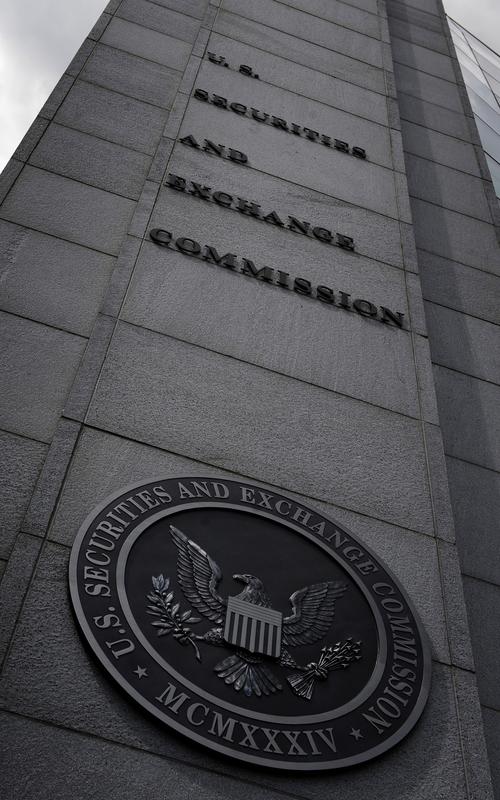 (Reuters) – The U.S. Securities and Exchange Commission on Wednesday issued new guidance that aims to clarify how investors and advisory firms that cast ballots on their behalf should vote in corporate elections on issues like pay and diversity.

The guidance, which expands previous 2014 guidance on shareholder voting in corporate ballots, addresses some of the grievances U.S. corporations have long had about so-called proxy advisers, such as mistakes in reports the advisers issue on specific companies and conflicts of interest in their business models.

The SEC voted 3-2 to publish the new guidance, with Democratic commissioners dissenting because it could add risks to shareholders’ rights and costs for the proxy advisors.

Proxy advisory firms including Institutional Shareholder Services Inc and Glass, Lewis & Co tell investors how to vote on governance issues in corporate elections and cast ballots on behalf of some asset managers. The role of proxy advisers has gained more attention in recent years as the firms have grown more influential on charged corporate issues like gun rights and climate change.

“What are the benefits to achieve here? We don’t have investment advisers clamoring for advice or certainty on how to meet their fiduciary duties. We don’t have (those) who use them – institutional investors – complaining that investment advisers are breaching those duties,” said Commissioner Allison Herren Lee, a Democrat. “So, what are we fixing by calling for increased issuer input and injecting cost into the process?”

Corporate trade groups, led by the U.S. Chamber of Commerce, have complained that the advisers’ recommendations are conflicted, and have been lobbying lawmakers and regulators to rein them in.

“We commended the SEC for taking a critical first step in bringing much-needed oversight to proxy advisory firms,” Tom Quaadman of the Chamber said in a statement. “Proxy advisory firms have been riddled with conflicts of interest, failed to link advice with economic return or company-specific information, and lack process and transparency.”

ISS Chief Executive Officer Gary Retelny said in a statement that the firm was “concerned that the guidance will hamper our ability to deliver” its research to investors.

Both ISS and Glass could potentially seek legal action if they believe the guidance breaches federal law. The dissent of the two commissioners could help substantiate any case, according to legal experts.

The SEC’s new guidance could also set the agency up for a clash with investors who worry the regulator may diminish their voting rights.

“The SEC’s guidance will harm the very investors the commission is charged to protect,” said Rob Collins, senior advisor to the Council for Investor Rights and Corporate Accountability. “Shareholders value their proxy advisors’ independent advice. Diminishing corporate accountability is simply a bad idea.”

The guidance lays out the considerations for investors when they retain a proxy adviser, including assessing the firm’s conflicts of interests and potential mistakes in reports.

It also reinforces an “anti-fraud” provision for proxy advisers that bars omissions or misstatements in their reports or recommendations.

The guidance also clarifies that clients, or asset owners such as pension funds, can instruct their investment managers to avoid voting on certain matters. Critics of proxy advisory firms say that investors have wrongly believed they must cast a vote for every share they own, leading investors to rely too much on the firms.

“We look forward to building on these first steps to achieve even more progress,” Jay Timmons, chief executive of the National Association of Manufacturers, said in a statement.

Reporting by Jessica DiNapoli in New York and Katanga Johnson in Washington; Additional reporting by Svea Herbst-Bayliss in Boston; Editing by Steve Orlofsky; Editing by Michelle Price and Paul Simao