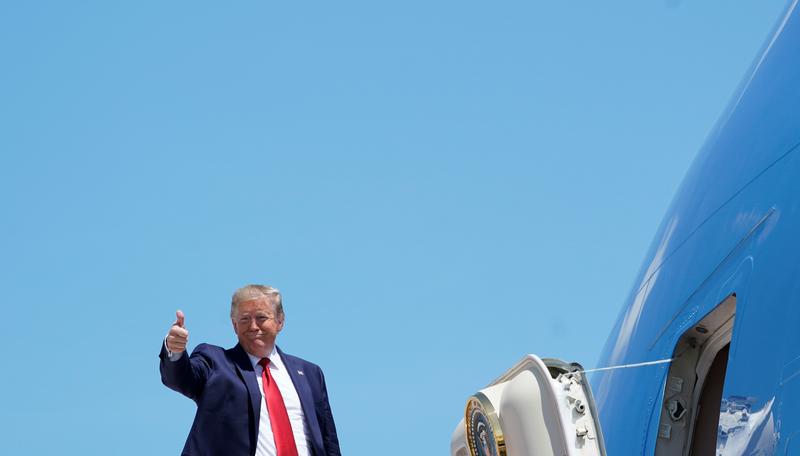 U.S. President Donald Trump gives a thumbs up as he departs Joint Base Andrews in Maryland, U.S., August 21, 2019. REUTERS/Kevin Lamarque

WASHINGTON (Reuters) – U.S. President Donald Trump said on Wednesday that his administration was seriously looking at ending the right of citizenship for U.S.-born children of noncitizens and people who immigrated to the United States illegally.

Trump has made cracking down on immigration a central plank of his presidency and re-election campaign, but many of the administration’s sweeping rule changes and executive orders have been stymied by the courts.

The Republican president had told Axios news website in October 2018 that he would end “birthright citizenship” through an executive order. Experts have said such a move would run afoul of the U.S. Constitution.

The Constitution’s 14th Amendment, passed after the Civil War to ensure that black Americans had full citizenship rights, granted citizenship to “all persons born or naturalized in the United States.”