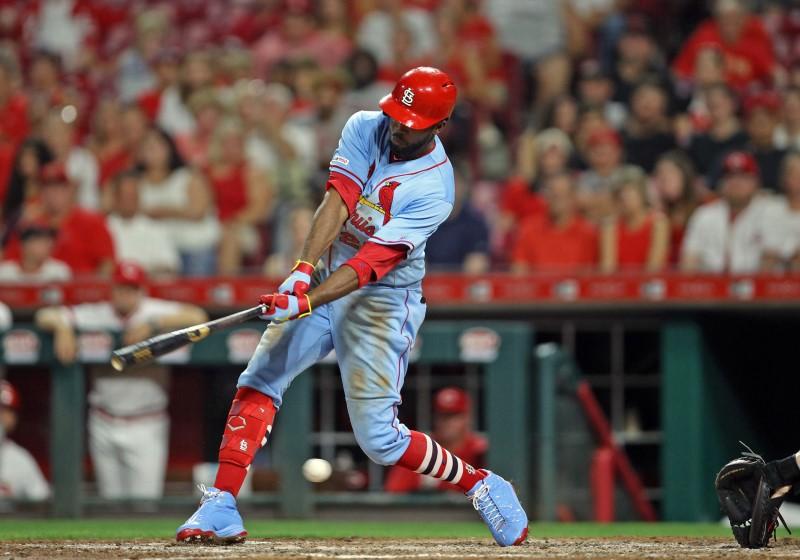 Dexter Fowler drove in four runs to power the St. Louis Cardinals to a 9-4 victory over the visiting Milwaukee Brewers on Tuesday night.

Fowler’s bases-clearing double in the sixth inning — a well-placed popup into shallow left field with the bases loaded and two outs — capped a four-run rally that erased a 2-1 deficit.

The Cardinals won for the ninth time in 11 games to remain atop the National League Central by a half-game over the Chicago Cubs. They moved four games up on the third-place Brewers, who lost for the sixth time in eight games.

Michael Conforto hit a tiebreaking two-run homer in the sixth inning, rookie Pete Alonso added a two-run double in the seventh, and New York began a pivotal nine-game homestand with a victory over Cleveland.

After winning 18 of 23 games while playing several losing teams, the Mets (65-60) began a stretch of 18 straight games against other playoff contenders by improving to 11-1 in their last 12 home games. They matched a season best by going five games over .500.

Conforto snapped a 2-2 tie when he clobbered a two-out slider from Shane Bieber (12-6) and hit the ball into the Mets’ bullpen beyond the right-center-field fence. New York’s Steven Matz (8-7) allowed two runs (one earned) and five hits in 6 1/3 innings. He struck out seven and walked two.

A.J. Pollock and Will Smith hit home runs to jumpstart the offense, and Clayton Kershaw moved past Sandy Koufax on the Dodgers’ all-time win list as Los Angeles earned an interleague victory over visiting Toronto.

Max Muncy, Chris Taylor and Joc Pederson also hit home runs for the Dodgers, who have gone deep 30 times in their last eight games. Los Angeles improved to a major-league-best 49-16 at home this season.

Kershaw (13-2) went six innings, giving up three runs on six hits with three walks and six strikeouts. It was his 166th career victory, moving him out of a tie with Koufax and into sole possession of fifth on the team’s all-time list.

Nelson Cruz homered and doubled three times, Max Kepler had a home run, a double and three RBIs, and Jorge Polanco also homered to lead Minnesota past Chicago in Minneapolis.

Cruz finished 4-for-5 with three RBIs and three runs. C.J. Cron had a three-run double, and Eddie Rosario had two hits and two RBIs for Minnesota, which increased its American League Central lead to three games over the Cleveland Indians.

Michael Pineda (9-5) allowed four runs on six hits over seven innings. He didn’t walk a batter and struck out four while improving to 3-0 against Chicago this season.

In their first meeting since the 2018 American League wild-card game, which New York won 7-2, the A’s sent the Yankees to their second straight defeat while winning for the fifth time in six games.

After Gary Sanchez homered off Bailey (11-8), a solo shot with two outs in the top of the first, the A’s came right back. Robbie Grossman’s walk set up Olson’s two-run homer before Canha followed with a long ball for a 3-1 lead.

Aaron Nola pitched seven strong innings to make a three-run first stand up as visiting Philadelphia edged Boston in the opener of a two-game series.

Nola (12-3) stranded the tying run in scoring position with no outs in both the fifth and sixth innings, allowing two runs on four hits and a walk with seven strikeouts. The victory snapped a two-game skid for Philadelphia.

Starling Marte hit a three-run homer in a four-run eighth inning as host Pittsburgh halted a three-game losing streak with a win over Washington. The Pirates had scored just one run during the skid.

Washington starter Stephen Strasburg missed a chance at setting a career high with his 16th win of the season. He pitched seven scoreless innings, scattering four hits with six strikeouts and one walk.

Wander Suero (3-7) was charged with three of the eighth-inning runs. Felipe Vazquez (3-1) got the final four outs for the win.

Freeman ended a 0-for-12 streak by going 3-for-4 and producing his second multi-homer game in five days. He hit his first homer in the fourth inning, added another homer in the fifth and chased home a pair of runs in the seventh with a single.

Tom Murphy hit a tiebreaking, two-run homer in the sixth inning as Seattle defeated Tampa Bay in St. Petersburg, Fla. Kyle Seager also homered for the Mariners, who have won four games in a row and six of eight on their nine-game trip.

Mariners left-hander Tommy Milone (3-7), who entered after Matt Wisler pitched a scoreless first, earned his second straight victory despite allowing four runs on six hits in five innings. He walked one and struck out four.

Sam Tuivailala, Anthony Bass and Matt Magill combined for three scoreless innings of one-hit relief for Seattle. Magill pitched the ninth for his second save.

George Springer and Jose Altuve smacked back-to-back home runs in the first inning, and Martin Maldonado went deep in the fifth as Houston slugged its way to victory over visiting Detroit.

The Astros recorded their eighth consecutive win over the Tigers despite Aaron Sanchez departing with the bases loaded and one out in the third inning.

Brad Peacock (7-6), making his first appearance since June 27, entered and stranded two of the three runners. Peacock, who came off the injured list Sunday after recovering from a shoulder ailment, wound up pitching 1 2/3 scoreless innings.

Anthony Rizzo went 3-for-3 with two home runs, Nicholas Castellanos finished 3-for-5 with a homer, and host Chicago beat San Francisco. Jonathan Lucroy and Tony Kemp also drove in runs for Chicago, which won its third game in a row.

The Cubs posted their 42nd win in 61 home games this season. Cubs left-hander Cole Hamels (7-4) limited the Giants to three runs on five hits in six innings. He walked two and struck out five.

Austin Slater and Kevin Pillar homered in a losing effort for San Francisco.

Nick Ahmed homered, and Eduardo Escobar reached 100 RBIs for the season as Arizona held on to beat Colorado in Phoenix.

Ahmed’s solo shot — his sixth homer in his past 10 games — started the scoring in the third inning, but the game turned in the sixth with one out. The D-backs scored five runs after Colorado starter Kyle Freeland (3-11) left in the middle of an Ahmed plate appearance as he showed discomfort while the game was tied 3-3.

Ahmed completed a walk against reliever Bryan Shaw, who then walked Carson Kelly to load the bases with one out. Pinch hitter Jake Lamb knocked in two runs with a grounder to center for a 5-3 lead. Ketel Marte followed with an RBI fielder’s choice, and Escobar pulled a ball into the right field corner for a two-run triple to make it 8-3.

Freddy Galvis continued his strong early run with Cincinnati by belting a tiebreaking two-run homer in the sixth inning, and Sonny Gray struck out 10 to win his fourth straight decision as the Reds beat visiting San Diego.

Galvis, claimed off waivers on Aug. 12, is 12-for-29 (.414) with three homers and six RBIs in eight games for Cincinnati. His opposite-field shot to left snapped a 1-1 tied and helped the Reds avoid a third consecutive loss.

Gray (9-6) saw his scoreless-inning streak end at 23 when Josh Naylor hit a game-tying solo homer with two outs in the sixth. However, that was all Gray allowed while fanning 10 in six innings.

Mike Trout set a career high with his 42nd home run, and Los Angeles won the first game of a doubleheader in Arlington, Texas.

Los Angeles’ Andrew Heaney struck out a career-high 14 and didn’t walk a batter while winning consecutive starts for the first time since winning five straight in 2015. Heaney (3-3) allowed one run and four hits in eight innings.

Trout also tripled, Luis Rengifo added a two-run homer, and Brian Goodwin contributed two hits and two runs for the Angels. Willie Calhoun had two hits, including a solo homer, for the Rangers.

Nick Solak’s 11th-inning grounder got under the glove of Los Angeles first baseman Albert Pujols, scoring Delino DeShields and giving Texas a win in the second game of the doubleheader.

The Rangers posted their second 11-inning, walk-off victory over the Angels in the past two nights, sandwiching Los Angeles’ win Tuesday afternoon in the opener of the doubleheader.

In the 11th inning of the nightcap, DeShields singled to right with one out off Ty Buttrey (6-6), stole second and came home on the two-out error by Pujols.

Hanser Alberto belted a three-run homer with two outs in the eighth inning as host Baltimore snapped an eight-game losing streak with a victory over Kansas City. The Orioles posted just their second win in 15 games overall and snapped a four-game losing skid to the Royals.

Rio Ruiz had an RBI single in the seventh inning for the Orioles. Meibrys Viloria’s sacrifice fly plated Alex Gordon in the second inning for the Royals, who were thwarted in their bid for a season-high fourth straight road win.

Jacob Barnes (1-2) issued walks to Trey Mancini and Jace Peterson in the eighth inning of a tie game before Alberto deposited 1-1 cutter over the wall in center field.