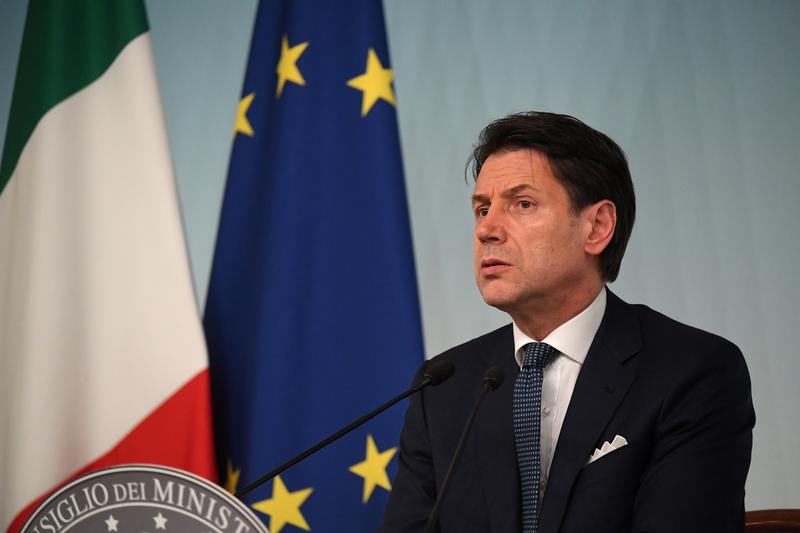 ROME (Reuters) – Prime Minister Giuseppe Conte handed in his resignation on Tuesday after accusing his interior minister, Matteo Salvini, of putting his League party before the needs of Italy.

It will now be up to President Sergio Mattarella to try to find a solution to the political crisis. Here are some of the possible scenarios.

HAS THE GOVERNMENT COLLAPSED?

Not quite. Mattarella told Conte to continue in a caretaker capacity to handle routine business until a solution is found. During this time, Conte may name Italy’s nominee to the new European Commission.

Salvini, who has not withdrawn his ministers, said on Tuesday he was ready to keep the government alive to approve a tax-cutting 2020 budget. But constitutional experts say that passing budgets is outside the powers of a caretaker government, so this is highly unlikely.

Conte’s attacks on Salvini in parliament on Tuesday have probably put paid to the current coalition, but in theory Mattarella could send Conte back to parliament to try to patch up relations with the League.

IS ITALY HEADING TO EARLY ELECTIONS?

Only Mattarella has the power to dissolve parliament. He will call a snap vote, some 3-1/2 years ahead of schedule, only if he thinks it is impossible to forge a new coalition.

He will consult with the presidents of both houses of parliament and all main party leaders before making his decision. After last year’s national election it took many weeks of consultations before a government was formed. Mattarella has made clear he will not let the talks drift on this time.

The most probable combination would be a tie-up of the anti-establishment 5-Star Movement and the opposition, center-left Democratic Party (PD). The two parties have already begun tentative talks [L5N25F4BD] and the PD is expected to give its leader Nicola Zingaretti a mandate to explore the possibility of forming a new government.

On paper, 5-Star and the PD could muster only a one-seat majority in the Senate (upper house of parliament), and so would need help from smaller parliamentary groups or life senators to ensure stability. A small left-wing party, the LEU, has already said it would provide support.

However, a 5-Star/PD marriage will not be easy. The parties have long been bitter foes and have numerous policy differences. Moreover, Zingaretti’s leadership is weakened by internal rivalry from former prime minister Matteo Renzi, who still controls many of the party’s lawmakers, and this could further complicate the talks with 5-Star.

If 5-Star and the PD fail to hook up, the president could seek broad parliamentary backing for a government of technocrats to approve the 2020 budget and hold elections in the spring.

COULD CONTE LEAD A NEW GOVERNMENT?

Yes. Conte, a lawyer with no political affiliation, was considered a voice of reason in the 5-Star/League coalition and has good relations with Mattarella. He could get a second chance, especially as parliament did not pass a no-confidence vote in him. However, he is considered close to 5-Star, meaning the PD may fear his growing popularity and veto his return.

WHEN WOULD FRESH ELECTIONS BE HELD?

It depends how long it takes to explore all the options. Mattarella was to start his meetings on Wednesday and wrap them up on Thursday afternoon. He has made it clear he wants a government in place to approve the 2020 budget in the autumn, which means elections should be held by the end of October, or must wait until next year.

Italy has not held elections in autumn since World War Two.

WHAT WOULD BE THE LIKELY OUTCOME OF A NEW VOTE?

Since last year’s national election, when 5-Star won the biggest share of the vote, the League has doubled in popularity, according to opinion polls. It now commands 34-39% of the vote, polls say, suggesting it would easily emerge the largest party. Should the League miss out on an absolute majority of seats, Salvini could call on two former center-right allies – Forza Italia of ex-premier Silvio Berlusconi and Fratelli d’Italia (Brothers of Italy) – to form a new government.