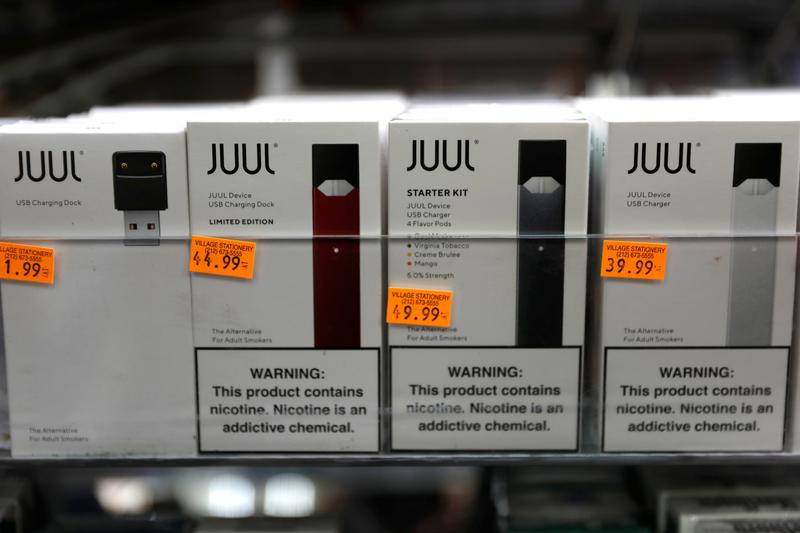 WASHINGTON (Reuters) – Four dominant e-cigarette manufacturers face a probe into the health impacts of their products, as the U.S. House Energy and Commerce Committee asked on Wednesday about the firms’ research and marketing practices.

The letter to Juul asked if the company has conducted or financed studies on the health implications of using its products and the effectiveness of Juul in helping users quit smoking. It asked if Juul has sent information to the Food and Drug Administration.

The companies did not immediately respond to requests for comment.

The probe comes amid growing scrutiny of the e-cigarette industry by lawmakers. A separate House panel in July released internal Juul emails that committee staff described as attempts to “enter schools and convey its messaging directly to teenage children.”

Representative Frank Pallone, the Democratic chair of the committee, cited vaping-related lung illnesses recently reported by the Centers for Disease Control and Prevention. He requested answers and documents by Sept. 20.