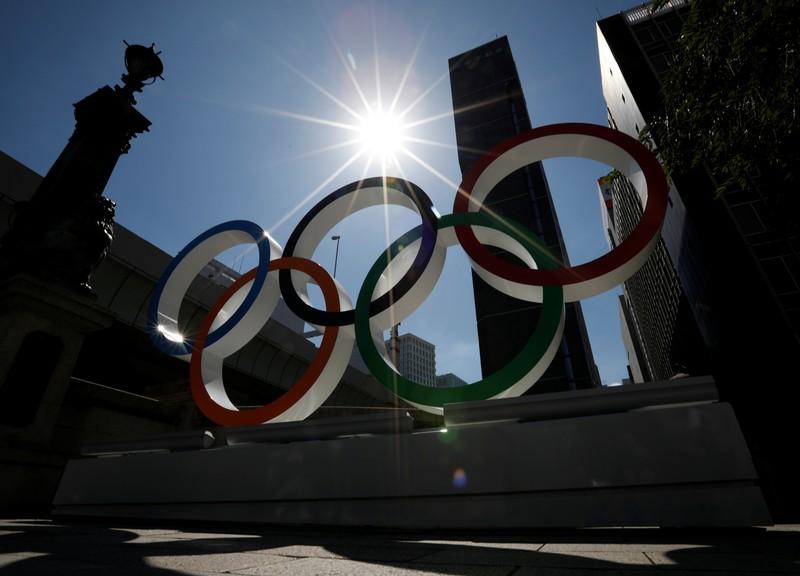 TOKYO (Reuters) – Searing heat and water quality issues have dogged Tokyo 2020 organizers in recent weeks but delegates to a Chef de Mission seminar on Tuesday said they are confident their hosts will find solutions ahead of next year’s Summer Olympics.

The three-day visit by the National Olympic Committees (NOCs), which includes a progress update and venue tour, comes after recent test events highlighted potential problems for next year’s Games, which kick off on July 24.

Soaring temperatures have killed at least 57 people across Japan since late July, highlighting the possible health threat to athletes and fans.

At the triathlon test event last week, the sport’s governing body reduced the distance of the run segment in the women’s race because of heat concerns.

The swimming segment of Saturday’s paratriathlon was canceled altogether because high levels of E.coli bacteria were found in the water of Tokyo Bay.

“Of course we know there are some heat issues but overall, for all the different teams, these are the circumstances and we have to deal with it,” said van den Hoogenbrand, who represented the NOCs during a visit to the Olympic Stadium on Tuesday.

“Top athletes know that they have to perform in any circumstances.

“Because of the test events, we get a lot of information and a lot of data and the way the organizing committee is taking all that data to make it even more perfect … I was impressed with the way they handled things.”

Single-layer underwater screens installed in Tokyo Bay have helped reduce the bacteria, organizers have said, but triple-layer screens will be in place by the time the Games begin.

Tokyo 2020 also confirmed on Tuesday that South Korea’s NOC had sent a letter to organizers expressing concern at the possibility of produce grown in Fukushima prefecture being served to athletes in the Olympic village.

South Korea says it is worried that any food produced in Fukushima could be contaminated by the Fukushima Daiichi nuclear power plant that was severely damaged by the 2011 tsunami.

“Within our planning framework we will respond to them accordingly,” said Tokyo 2020’s Director of NOC Services Toru Kobayashi.

“We have said that we will respond to them properly. We have had no further questions (from South Korea).”

Relations between the two U.S. allies are at their worst in years, with a trade row rooted in a decades-old dispute over compensation for Koreans forced to work during Japan’s wartime occupation of South Korea.