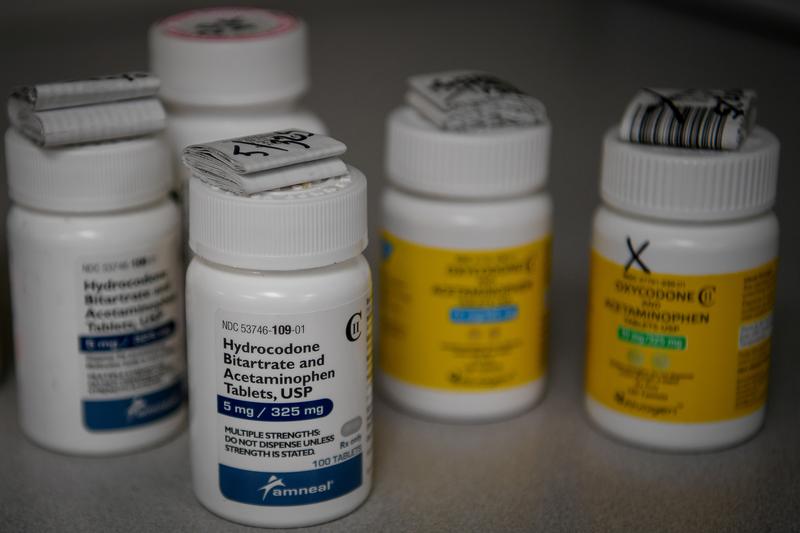 The tentative deals disclosed on Tuesday came ahead of the first trial to result from 2,000 lawsuits pending in federal court in Cleveland largely by local governments seeking to hold drug companies responsible for the deadly epidemic.

Endo announced said it had reached an agreement-in-principle to pay Cuyahoga and Summit counties $10 million to and provide them up to $1 million worth of two of its of its drug products free of charge.

The accords are the first to result from the counties’ cases, which were selected for the first bellwether, or test, trial in the litigation to allow parties to gauge the value of the remaining claims and inform potential settlement talks.

Endo’s chief legal officer, Matthew Maletta, called the settlement a “favorable outcome” and stressed its value should not be extrapolated to any other opioid-related cases.

Endo, which in 2017 withdrew its painkiller Opana ER from the market, said the settlement includes no admission of wrongdoing.

Opioids were involved in 400,000 overdose deaths from 1999 to 2017, according to the U.S. Centers for Disease Control and Prevention.

More than 2,300 lawsuits by state and local governments are pending nationally, accusing drug manufacturers of deceptively marketing opioids in ways that downplayed their risks and drug distributors of failing to detect and halt suspicious orders.

The companies deny wrongdoing, saying they complied with their legal obligations and did not cause the epidemic.

Most of the lawsuits are before U.S. District Judge Dan Polster in Cleveland, who has pushed for a settlement and will preside over the bellwether trial.

Purdue and Teva this year settled claims by Oklahoma’s attorney general for $270 million and $85 million, respectively, ahead of a trial before a state-court judge.

The state subsequently took J&J to trial. A ruling is expected next week.

Reporting by Nate Raymond in Boston; Editing by Chizu Nomiyama and Marguerita Choy