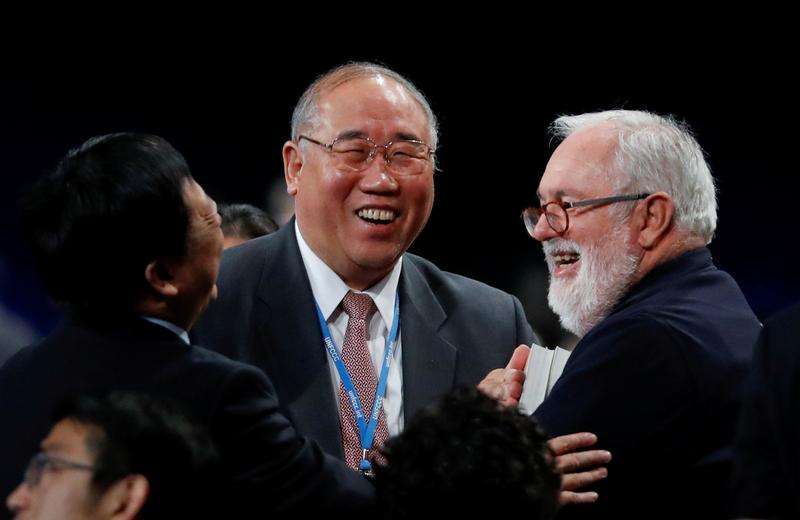 By Natalia A. Ramos Miranda and Aislinn Laing

SANTIAGO (Reuters) – China hopes to welcome the United States ‘back to the negotiating table’ to discuss global efforts to limit climate change at a United Nations summit to be hosted by Chile in December, its top climate change envoy said on Tuesday.

Xie Zhenhua, China’s Special Representative for Climate Change Affairs, told journalists during a visit to a solar energy plant outside the Chilean capital Santiago that China would provide “full support to the Chilean presidency of this meeting.”

The summit was “strong proof that a multilateral negotiation process is successful, that multilateralism is working,” he said.

Asked if the U.S. approach to the threat of climate change under President Donald Trump and the U.S.-China trade dispute might affect the outcome in Santiago, Xie replied: “China and the U.S. has many differences but we do have some common grounds on climate change issues as well and we welcome them back to the negotiating table on climate change, we are very open to that.”

Trump has signaled his intention to withdraw the United States from the 2015 Paris climate accord and been dismissive of regulations aimed at slashing greenhouse gas emissions. He has also expressed his preference for bilateral trade pacts over multilateral agreements.

In July, China pledged on the sidelines of the G20 summit in Osaka to show “the highest possible ambition” in the fight against climate change. Experts and policy advisors say the world’s biggest greenhouse gas emitter could introduce new and more stringent carbon targets next year. reut.rs/2Nvrsry

Xie said China would back a bid by the U.N. Secretary General and climate change envoy to persuade all countries to update their Nationally Determined Contributions (NDC) goals to keep global warming to well below two degrees centigrade.

China is a key investor in Chilean renewable energy projects and manufactured half of the solar panels at the 110MW Parque Quilapilún solar plant Xie visited with environment minister Carolina Schmidt.

Schmidt will serve as president of the COP25 UN climate change summit in December.