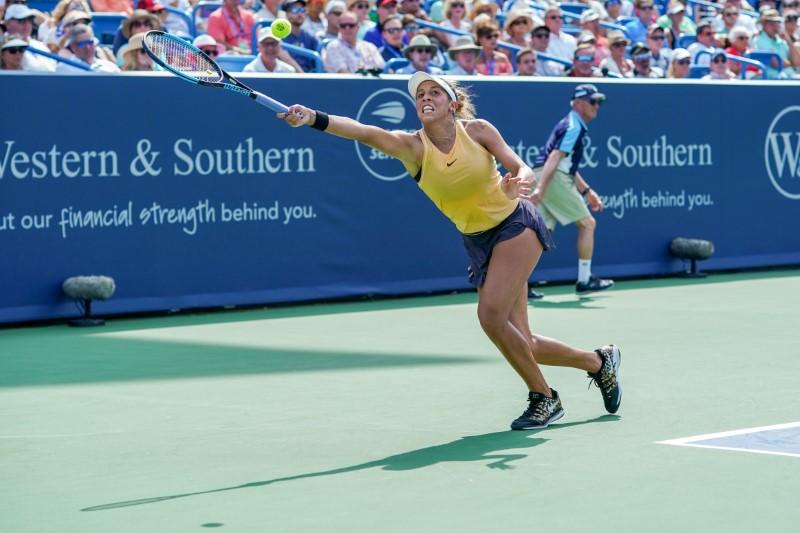 Madison Keys served 13 aces and won the fifth singles title of her career on Sunday when she posted a 7-5, 7-6 (5) victory over Svetlana Kuznetsova in the final of the Western & Southern Open near Cincinnati.

The 16th-seeded Keys registered 43 winners while overcoming 33 unforced errors to outlast Kuznetsova in one hour, 44 minutes.

Keys defeated Venus Williams, Romania’s Simona Halep and Spain’s Garbine Muguruza during her run of six victories on the hardcourt in Mason, Ohio.

“If you told me a week ago that is where I would be, I would have laughed in your face,” Keys said during the post-match trophy ceremony.

“It’s obviously the biggest title I have ever won, and, I mean, it was a tough draw from the very start,” Keys added in her post-match press conference. “I played some really, really great players from Round 1 until today. I definitely think I played some of my best tennis consistently this week.”

Kuznetsova, who won the 2004 U.S. Open and the 2009 French Open, also enjoyed a stellar week. The 34-year-old Russian received a wild-card entry into the tournament and turned back the clock with her top performances of the season to reach her first final of the year.

Kuznetsova, who had 13 winners and 13 unforced errors, was ranked No. 153 in the world entering the week. Her upset victims this week included top-seeded Australian Ashleigh Barty, Czech Karolina Pliskova and Sloane Stephens.

Keys acknowledged Kuznetsova’s strong surge and said, “I hope we have many more battles and hopefully there are more finals as well.”

Kuznetsova felt she ran into an opponent who was on another level.

“Madison, you were too good today,” Kuznetsova told Keys during the post-match trophy ceremony. “Next time, hopefully we’ll have another good match. Congratulations on a good week.”

Kuznetsova led 5-3 in the opening set before Keys finished with a flourish and won the final four games.

The same pattern held in the second set as Kuznetsova was again just one victory away from the winning the set. Keys won three straight games to take a 6-5 lead before Kuznetsova remained alive by winning the 12th game and forcing the tiebreaker.

The tiebreaker was tied at 4-4 before Keys won three of the next four points to seal the victory.

“I think I served really well today, especially in certain pockets,” Keys said. “I think when I was doing a good job at moving forward and kind of trying to neutralize some of her deep, heavy, spinny shots, I was able to get out in front in the point and play a little bit more offense.”

Keys had 27 aces in her final two matches, including 14 against fellow American Sofia Kenin in Saturday’s semifinals.

In the only other main-draw match, American Bernarda Pera breezed by Russia’s Veronika Kudermetova 6-0, 6-2 in just 68 minutes.