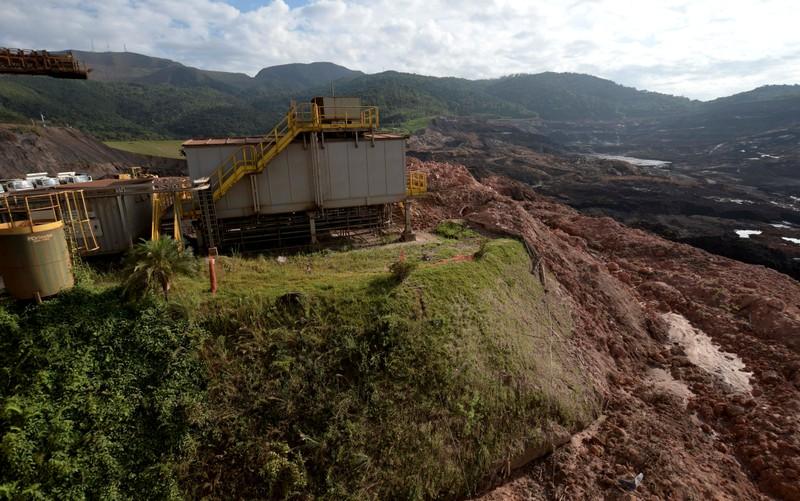 MUNICH (Reuters) – Germany’s TÜV SÜD has pulled out of conducting safety assessments of dams after the collapse of a Brazilian dam it had vetted killed almost 250 people in January, the industrial inspection firm’s chief executive told Reuters.

The collapse of the tailings dam, which was operated by Brazilian mining company Vale SA, flooded the town of Brumadinho with mining waste water only four months after TÜV SÜD had vouched for the safety of the structure.

“So far nobody knows the cause of the accident. And we do not know in particular what happened between September 2018 and January 2019 – if, for example, heavy equipment was being operated nearby or if there had been detonations,” Axel Stepken said in an interview.

TÜV SÜD’s September 2018 safety report had warned against operating heavy equipment on the structure which had been raised from an original height of 18 meters to 86 meters.

“The operator is responsible for safety, and that is Vale,” Stepken said, adding Vale had not sought damages from TÜV SÜD.

Brazilian police in June said controlled explosions took place at Vale’s nearby mine on a daily basis before the dam collapsed and that they had not ruled out those blasts from playing a role in the dam burst.

A Brazilian senate committee has called for Vale’s chief financial officer and its former chief executive to face murder charges over the disaster and for TÜV SÜD to be indicted.

In May, a Brazilian court also froze 60 million reais ($15 million) of TÜV SÜD’s assets to help pay for reparations to affected families.

TÜV SÜD has estimated a hit of around 75 million euros in legal and other costs related to the disaster, according to its annual report.

TÜV SÜD is one of several independent TÜV companies that carry out a range of industrial inspections including of pipelines and power stations.

The Brazilian disaster has not damaged TÜV SÜD’s order intake, with revenues from other business remaining at the same level as a year earlier, Stepken said.

Tailings are used to store muddy waste produced in mining for iron ore and other minerals.

The so-called upstream type of dam is considered the most dangerous as it is most susceptible to liquid seeping under the dam and weakening the structure, which authorities believe is what may have happened in Brumadinho.

Chile, Peru and other earthquake-prone countries have banned the upstream design, in which tailings are used to progressively construct dam walls the more a mine is excavated. Brazil is not as earthquake-prone as its western neighbors, but even small seismic activity has been shown to affect tailings dams.