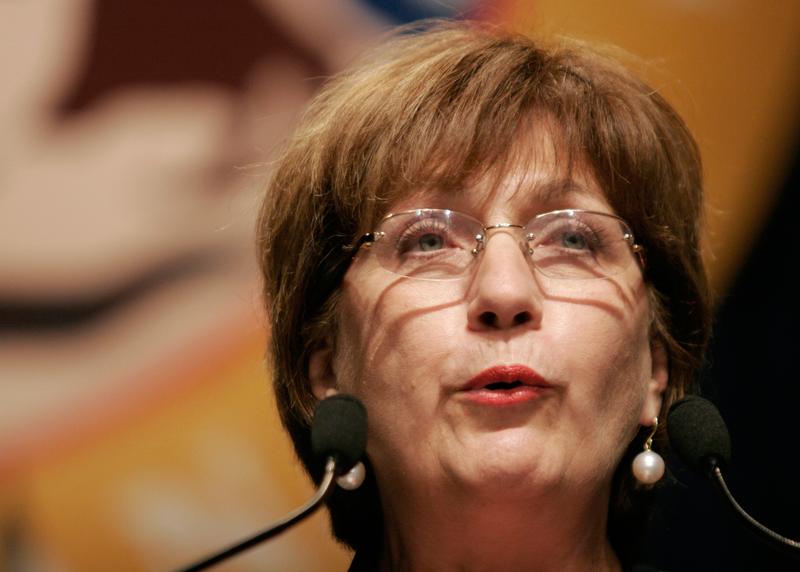 (Reuters) – Trailblazing former Louisiana Governor Kathleen Babineaux Blanco, whose tenure was dominated by the trauma of Hurricanes Katrina and Rita in 2005, has died from complications of cancer, the state’s current governor said on Sunday. She was 76.

Blanco, a Democrat, was the first woman elected to lead the state, serving as governor from 2004 to 2008.

“Kathleen loved this state and our people and was a shining example of what can be accomplished by hard work and determination,” Governor John Bel Edwards, a Democrat, said on Twitter. “She led Louisiana through one of our darkest hours, when hurricanes and the failure of the federal levee system devastated much of our state.”

The Advocate newspaper in Baton Rouge, Louisiana, reported that she died on Sunday from complications of the skin cancer melanoma.

Blanco entered public office in 1984 as the first woman elected to represent the city of Lafayette in the state legislature, according to her official state biography.

A mother of six who ran for office after years at home with her children, Blanco was also the first woman elected to the Louisiana Public Service Commission. She served two terms as the state’s lieutenant governor before ascending to the governorship in 2004.

But the disastrous failure of the levees surrounding New Orleans during Hurricane Katrina and criticism of the state’s response derailed a promising political career. Deaths blamed on Katrina range from about 1,200 to more than 1,800, most along the Gulf Coast of Louisiana and Mississippi.

Hurricane Rita hit the Gulf Coast region soon after, delivering further blows to a state that seemed unprepared for the twin catastrophes. That storm was blamed for more than 100 deaths.

“Her legitimacy and popularity was gone in two weeks,” political consultant Roy Fletcher was quoted as saying in a 2006 interview with the Advocate.

Former Arkansas Republican Governor Mike Huckabee, whose time in office partly overlapped that of Blanco, praised her on Twitter, saying: “We were from different parties, but she and her husband (everyone just called him “Coach”) were classy, lovely ppl and we worked together on projects that helped both our states.”

Blanco is survived by her husband, Raymond Blanco, five children, 13 grandchildren and her mother, the newspaper said.