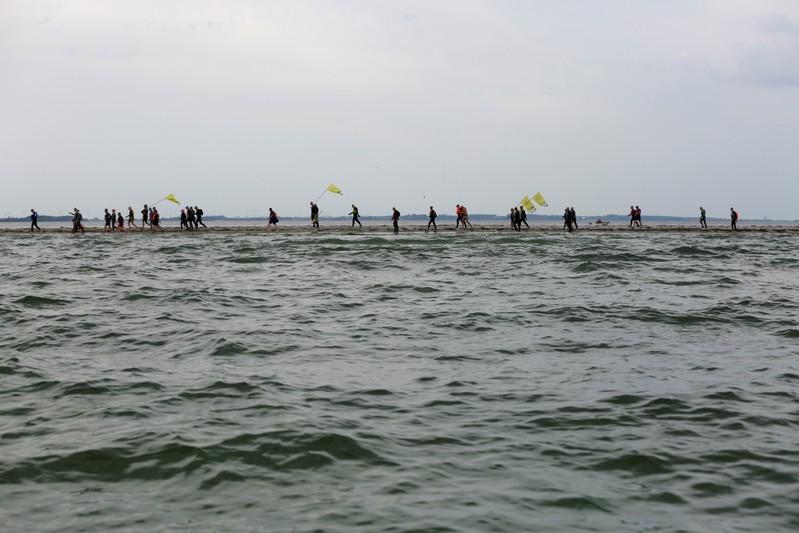 People take part in the annual event called “Marsz sledzia” (the Herring March), marching a 12km route through the shallow waters of the Baltic Sea from Kuznica on Hel Peninsula to the town of Rewa on the other side of Puck Bay, Poland, August 17, 2019. REUTERS/Matej Leskovsek

KUZNICA, Poland (Reuters) – Once a year, Poles head to the Hel Peninsula on the northern coast near Gdynia to “become herrings” and wade up to a meter deep for five hours along a 10-km (six-mile) sand bank through the Baltic Sea.

The “Herring March” was set up by Radoslaw Tyslewicza in 2002 to raise environmental awareness and understanding of the sea.

“Anyone in Poland – in Warsaw or Krakow – washing the dishes or flushing the toilet – that water goes here to the Baltic (Sea) and affects our ecosystem,” Tyslewicza said.

The march is named after the herring that swim in the shallow waters of the Baltic, and the nickname by which locals of Gdynia are known.