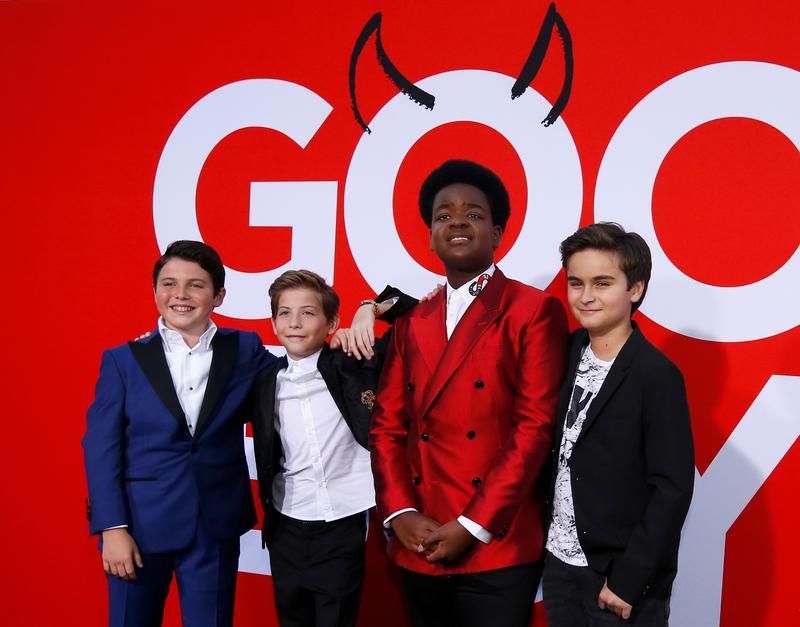 LOS ANGELES, (Variety.com) – The Bean Bag Boys, the self-appointed nickname for the trio of best friends in Universal’s “Good Boys,” are conquering much more than sixth grade. They are also leading the domestic box office, exceeding expectations and collecting $21 million on opening weekend.

“Good Boys,” which screened at 3,204 North American theaters, is a much-needed win for original comedies, a genre that’s been struggling at the box office as of late. The Seth Rogen and Evan Goldberg-produced movie is the first R-rated funny film to open in first place in three years (since 2016’s “The Boss”), as well as the biggest opening for an original comedy this year.

The R-rated movie, carrying a $20 million price tag, also debuted overseas with $2.1 million for a global start of $23.1 million.

This weekend’s four other new releases struggled to varying degrees.

Sony’s “The Angry Birds Movie 2,” which got a head start on the weekend by opening Tuesday, finished with $16.2 million over the six-day frame. The animated sequel landed in forth place on box office charts, collecting $10 million during the traditional weekend. That haul is a steep drop from the first film, based on the once-popular phone app and video game, which scored $38 million in its inaugural weekend. The follow-up has the benefit of better reviews and a smaller production budget compared to the original.

Entertainment Studio’s shark thriller “47 Meters Down: Uncaged” also lacked the same bite as its predecessor. The movie opened at No. 6, earning $9 million from 2,853 locations. The original movie started small with $11 million but had a long run in theaters, ultimately ending with $44 million in North America.

Meanwhile, Warner Bros. and New Line’s “Blinded by the Light” and Annapurna’s “Where’d You Go, Bernadette” both bombed, landing in 10th and 11th place.

Despite positive reviews, “Blinded by the Light” couldn’t hit the right tune with audiences and debuted with a dismal $4.5 million from 2,307 screens. Directed by “Bend It Like Beckham” filmmaker Gurinder Chadha, the coming-of age story follows a British Pakistani teenager whose life is changed when he discovers Bruce Springsteen music. The few moviegoers who did see the film this weekend seemed to enjoy it, awarding it with an A- CinemaScore.

“Blinded by the Light” is ending summer on a rocky note for Warner Bros., which missed with last weekend’s mob thriller “The Kitchen” and May’s “Godzilla: King of the Monsters.

“Where’d You Go, Bernadette,” directed by Richard Linklater and based on Maria Stemple’s novel, launched below expectations with a disastrous $3.45 million. Cate Blanchett stars as the titular Bernadette, who curiously disappears just before her family is set to go on a big trip. The cast also includes Billy Crudup and Kristen Wiig.