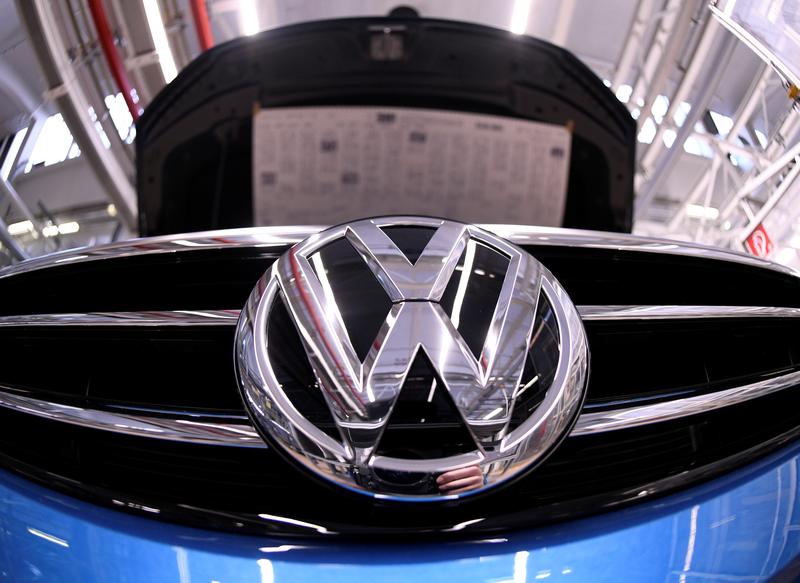 WASHINGTON (Reuters) – A federal judge in California on Friday urged the U.S. Securities and Exchange Commission and Volkswagen AG (VOWG_p.DE) to resolve a civil suit stemming from its Dieselgate emissions scandal.

FILE PHOTO: A Volkswagen logo is pictured in a production line at the Volkswagen plant in Wolfsburg, Germany March 1, 2019. REUTERS/Fabian Bimmer/File Photo

U.S. District Judge Charles Breyer in San Francisco, who earlier had questioned why the agency waited two years to sue the automaker, said he was putting the suit on hold until Oct. 4.

“I want you to spend the next month or so seeing if you can resolve this case,” Breyer said, adding he was temporarily halting the case and ordering both sides “to sit down and see if you can work it out because whatever you work out today would be less expensive to everybody than what you would work out in the future.”

Volkswagen was caught using illegal software to cheat U.S. pollution tests in 2015, triggering a global backlash against diesel vehicles that has so far cost it 30 billion euros ($33.3 billion) in fines, penalties and buyback costs worldwide. In May, it set aside an additional 5.5 billion euros in contingent liabilities.

Breyer cited a California SEC case that found any penalty could be reduced to account for other criminal or civil payments and he referenced the massive U.S. diesel costs VW has paid to date.

Breyer said in May he was “totally mystified” why the SEC waited until 2019 to file suit.

The SEC defended its pace of investigation saying in a court filing its staff worked as “quickly as possible under very difficult circumstances to complete an investigation into numerous different securities offerings conducted by a foreign company and three of its affiliates over many years.”

Volkswagen has said it “cooperated fully with the SEC’s investigation” and argued the SEC was “now piling on.”

Regulators and investors argue VW should have informed them sooner about the scope of the scandal, while the automaker says it was not clear then it would face billions of dollars in fines.