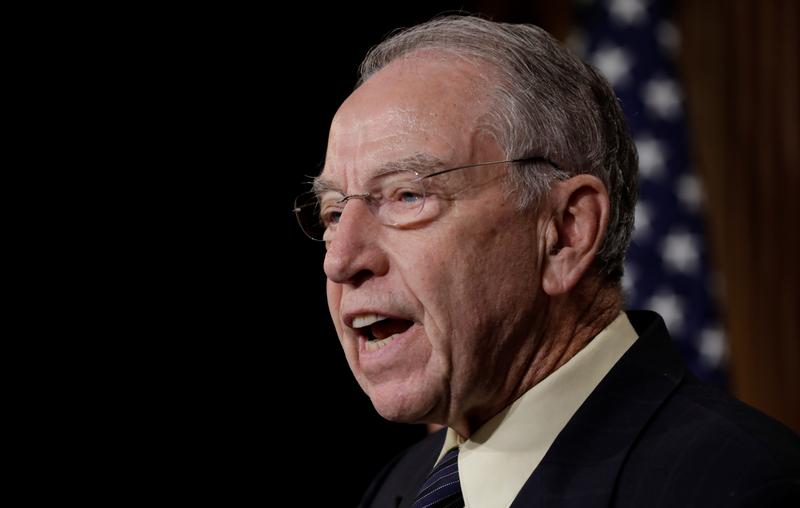 WASHINGTON (Reuters) – Iowa’s Republican Senator Chuck Grassley said the Trump administration’s Environmental Protection Agency has “screwed” the U.S. ethanol industry and farmers by granting waivers to 31 small petroleum refineries, effectively exempting them from an obligation to use more ethanol in their products.

The powerful senator, who represents the largest ethanol-producing state in the country, told Iowa Public Television that low biofuel credit prices negated refiners’ complaints that they are suffering financial hardship and deserve waivers from complying with laws to encourage more biofuel use.

“They screwed us…when they issued 31 waivers,” Grassley told the broadcaster. “Compared to less than 10 waivers during all the Obama years…What’s really bad isn’t a waiver, it’s that it’s been granted to people who aren’t in hardship,” he said.

He added that he would take up the issue with President Donald Trump. Reuters earlier reported that it was Trump who gave the green light to EPA Administrator Andrew Wheeler to go ahead with the waiver decisions, a move that infuriated corn growers while pleasing the refining industry.

U.S. corn and oil industries are at loggerheads over EPA’s implementation of Renewable Fuel Standard, a more than a decade-old federal policy that requires refineries to blend corn-based ethanol into their gasoline or buy credits from those that do.

But small facilities can secure exemptions from the program if they can prove to the EPA that complying would cause them financial hardship.

Since Trump took office, the EPA has more than quadrupled the number of waivers it has granted to refineries, including some operated by giants Exxon Mobil (XOM.N) and Chevron Corp (CVX.N), saving the oil industry hundreds of millions of dollars, but enraging farmers who say the exemptions threaten demand for one of their staple products.

Iowa is a swing state that Trump carried in the 2016 presidential election and is potentially crucial for his re-election efforts next year. Farmers in the state have also chafed under Trump’s trade war with China that has sapped demand for agriculture products.

Trump had ordered the revamp of the waiver program in June, after hearing from angry farmers during a trip to Iowa but nearly two months of inter-agency negotiations failed to change the outcome in corn growers’ favor.