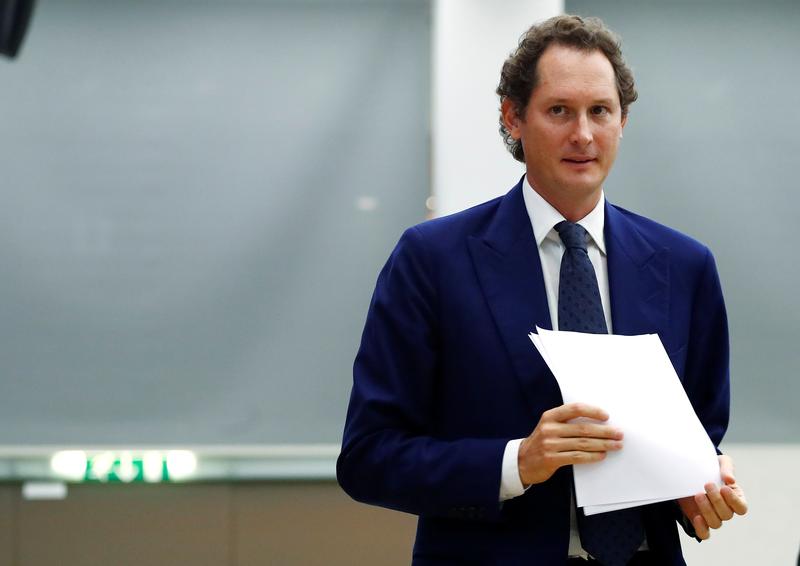 FILE PHOTO: FCA Chairman John Elkann is seen before an event at the Bocconi University in Milan, Italy May 27, 2019. REUTERS/Alessandro Garofalo

Elkann also reiterated that Fiat Chrysler Automobiles NV(FCHA.MI), of which he is chairman, remains open to opportunities to combine with other automakers, but is positioned to remain independent. Fiat Chrysler in May proposed a merger with French automaker Renault SA, but the deal fell apart after the French government intervened and Elkann withdrew the proposed merger.

Elkann visited Pebble Beach during the annual Concours d’Elegance, during which wealthy collectors bring some of the world’s rarest vintage automobiles to be admired — and sold — and premium manufacturers showcase exotic new models.

Ferrari is best known for flashy, high performance sports cars. Among fans of vintage Ferraris, more understated GT, or grand touring, cars from the 1960s, some with seating for four people, are among the most popular models on auction blocks and at enthusiast events. GT cars were designed to be comfortable on longer road trips.

Elkann hinted Ferrari will unveil a new GT type car in November. Ferrari has said previously that about 40% of its total sales could come from GT cars by 2022, up from 32% now.

Ferrari has outlined plans to expand revenue to 5 billion euros ($5.54 billion) by 2022 from 3.4 billion euros in 2017. The company has said it plans to add a model called the Purosangue to compete with a growing stable of sport utility vehicles wearing premium sports car brands, such as the Lamborghini Urus.

Rival Porsche AG[PSCH.UL], a unit of Volkswagen AG(VOWG_p.DE), has expanded its sales to more than 250,000 sports cars and sport utility vehicles annually. Elkann said Ferrari is not aiming for Porsche’s level of sales.