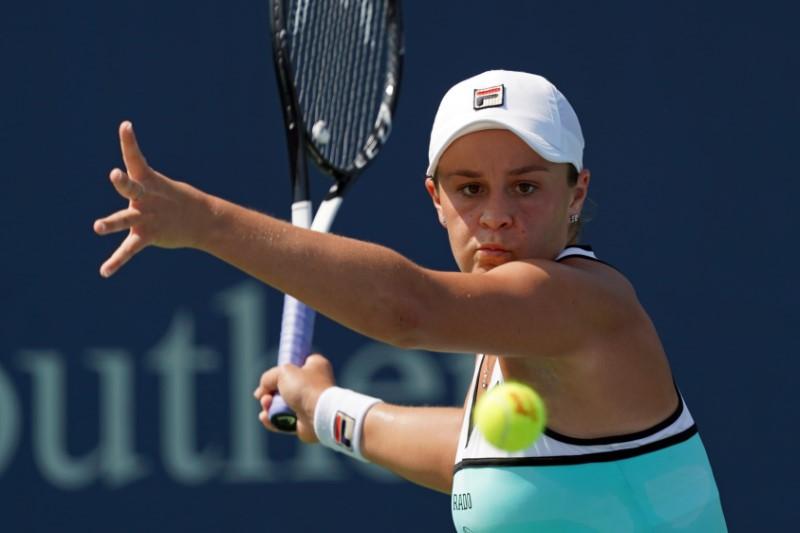 (Reuters) – Ash Barty stunningly lost her chance to regain the number one world ranking when the Australian was beaten in straight sets by Russian Svetlana Kuznetsova in the semi-finals of the Cincinnati Masters on Saturday.

Top seed Barty, who would have replaced the injured Naomi Osaka as the world number one with a victory, struggled with the rhythm off her serve as she lost 6-2 6-4, losing eight consecutive games to the Russian at one point.

Barty won the first two games, then lost the set as Kuznetsova, effectively handling the Australian’s slices and serving well, won the next six.

Barty at one point called a medical time out to have her right ankle retaped.

But the streak continued in the second set with Kuznetsova winning the opening two games before Barty held.

The Australian rallied to within 4-3 and 5-4 before Kuznetsova served out the victory.