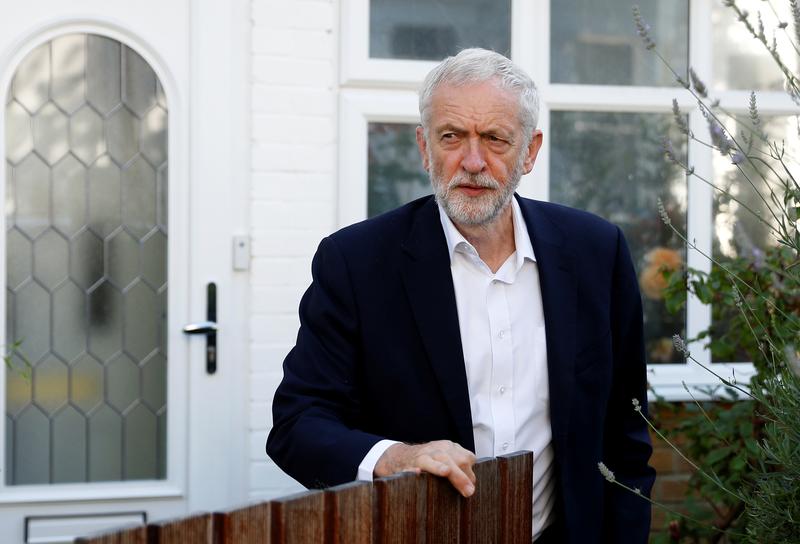 LONDON (Reuters) – The leader of the opposition Labour Party, Jeremy Corbyn, said lawmakers who oppose his proposal to lead an emergency government should consider the threat posed to Britain by a no-deal exit from the European Union.

Given Prime Minister Boris Johnson wants to take Britain out of the EU on Oct. 31, with or without a negotiated transition, foes are plotting how to bring him down and stop a no-deal Brexit they say would be disastrous for the economy.

Corbyn wants a no-confidence vote, caretaker government with him as head, then an election, while the anti-Brexit Liberal Democrats prefer to find alternative leaders for a unity government.

“All those people that are now making lots of noises in the media will realise that the option that will be put to parliament of supporting a motion of no confidence against the government…is the most important vote they will ever do in parliament because they will prevent this country being brought a great problem by a no-deal exit,” Corbyn told the BBC.

“I suggest they should think about that and support the motion that I will put forward,” he said on Friday.