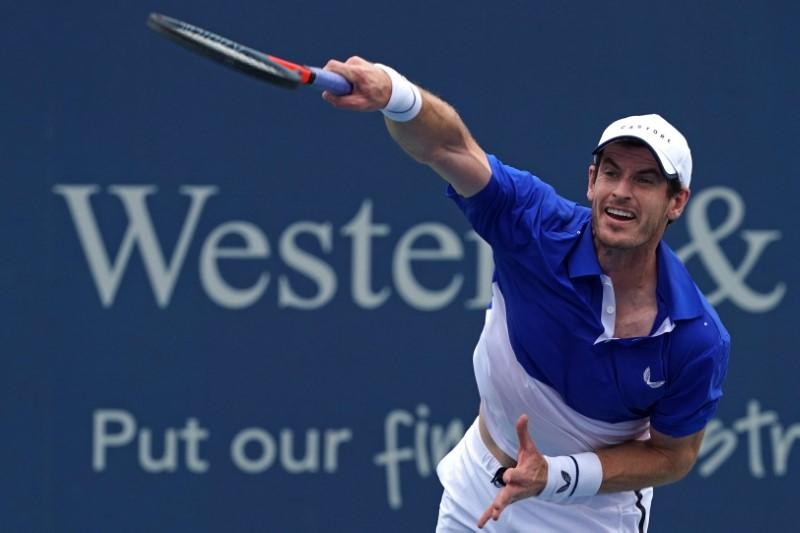 (Reuters) – Andy Murray will play in the singles at next week’s Winston-Salem Open as he continues his comeback from hip surgery, tournament officials told Reuters on Thursday.

The Scot lost 6-4 6-4 to Richard Gasquet in Cincinnati on Monday in his first singles match since January and later said he would not accept a wild card for the men’s draw at the U.S. Open, the year’s final Grand Slam.

“Andy will be playing singles, but he will not be playing doubles,” Bill Oakes, tournament director for the North Carolina event, said by telephone.

“It’s amazing to have a guy who has won three Grand Slams, been ranked number one and may be the fiercest competitor coming to Winston-Salem.”

The tournament starts on Sunday, and Murray, who will not be seeded, could play his first match on Monday, Oakes said, adding that he had met with Murray’s team two weeks ago in Washington and talks had continued this week.

Murray will be making his first appearance in the Winston-Salem tournament, though his brother Jamie has played there.

Murray, who reached the doubles quarter-finals with his partner Feliciano Lopez at the Cincinnati Open, told the BBC that he would play no part in next month’s U.S. Open in order to focus on his singles game.

“My goal is to get back playing at the level that I want to on the singles court, and I’ve decided that I need to focus all my energies on that right now.

“The US Open, doubles and mixed, can be another couple of weeks that you are slowing things down.”