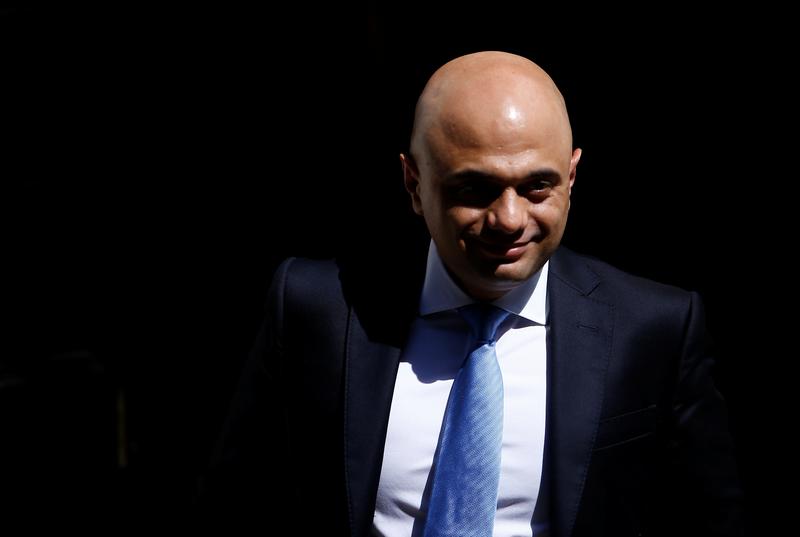 LONDON (Reuters) – New Chancellor Sajid Javid is looking at how best to take advantage of record-low borrowing costs when he sets out his first budget later this year, according to an interview published late on Friday.

British government bond yields – which determine the cost of new borrowing – fell to a record low this week on fears of a global economic downturn, and Prime Minister Boris Johnson’s government has already promised to review existing budget rules.

“It is obvious to me that when you’ve got some of the lowest rates on government debt this country has ever seen, I wouldn’t be doing my job if I wasn’t thinking seriously about how do we use (that opportunity),” Javid, who took office last month, said in an interview for Saturday’s edition of The Times newspaper.

Javid, a former Deutsche Bank trader, said he had “concerns” about the health of the global economy following an inversion of the U.S. and British government bond yield curves, which some economists see as a signal of recession.

Many economists think Britain’s economy could contract if Johnson follows through on a threat to take the country out of the EU without a transition deal on Oct. 31 if the EU does not reopen negotiations concluded by his predecessor.

Javid said a no-deal Brexit would “require a significant economic package as a response”, including measures to boost both demand and the supply capacity of the economy, but did not give details.

Javid confirmed that he would stick to existing budget guidelines, which aim to keep annual borrowing under 2% of gross domestic product, when he sets out government spending plans for the next financial year in the “first half” of September.

But there would be a more comprehensive review of taxation and spending in his first annual budget, which he said could still come before Britain leaves the European Union on Oct. 31.

“When we have the budget, I will be thinking about whether we need to make any changes to the fiscal rules,” he said.

Other countries, including long-term budget hawks such as Germany, are also considering loosening the fiscal purse-strings in the face of a weaker world economy.

During his campaign to succeed Theresa May as Conservative Party leader, Johnson said he wanted to raise the threshold at which a higher rate of income tax is payable to 80,000 pounds from 50,000 pounds, helping the top 10% of earners.

Asked about this, Javid said: “Generally I want to see lower taxes, but at a level that is going to pay for the public services,” and added “I’m a low-tax guy. I want to see simpler taxes.”

Javid also said he would like to see one of his predecessors as Chancellor, George Osborne, succeed Christine Lagarde as managing director of the International Monetary Fund.

Other European Union leaders and Russia have backed Bulgarian World Bank chief and former senior EU official Kristalina Georgieva to lead the Fund, which normally has a European as its head.

The Times said that Johnson wanted U.S. and Chinese backing for Osborne, and that Javid pressed Osborne’s case when he met U.S. National Security Advisor John Bolton in London on Tuesday.

“There’s a number of discussions going on, and I think that George (Osborne) would make an excellent, absolutely superb head of the IMF. But as you’ll know these processes are never straightforward,” Javid said.