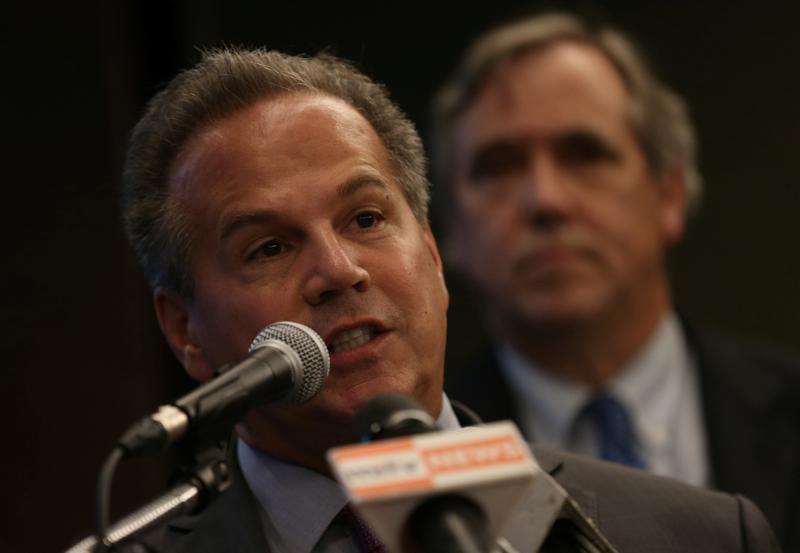 WASHINGTON (Reuters) – U.S. Representative David Cicilline urged Federal Communications Commission Chairman Ajit Pai on Thursday to give the public the chance to comment on a draft order that would grant agency approval to the $26 billion merger of T-Mobile US Inc and Sprint Corp.

Cicilline, chairman of the House Antitrust Subcommittee, said in a statement Pai’s order on Wednesday “behind closed doors” is rushing the merger that “demands a thorough and transparent review.”

He urged the FCC to allow public comment on the proposed merger, which won antitrust approval from the Justice Department in July after the companies agreed to divest Sprint’s prepaid businesses, including Boost Mobile, to DISH Network Corp.

Consumer advocacy groups have raised concerns that the merger could raise the cost of wireless services.

An FCC spokesman said in a statement that “the time has come for Commissioners to vote and for this proceeding to be brought to a close” and that there have been “multiple public comment cycles.”

The last public comment period ended in March – before the agreement with Dish was announced and before Pai issued his draft order.

Democratic FCC commissioner Jessica Rosenworcel said she was “not convinced that removing a competitor will lead to better outcomes for consumers” in a tweet on Wednesday and said the public should be able to comment before a vote.

The deal must still be approved by two of the other four FCC commissioners and it faces legal challenges from 16 state attorneys general.