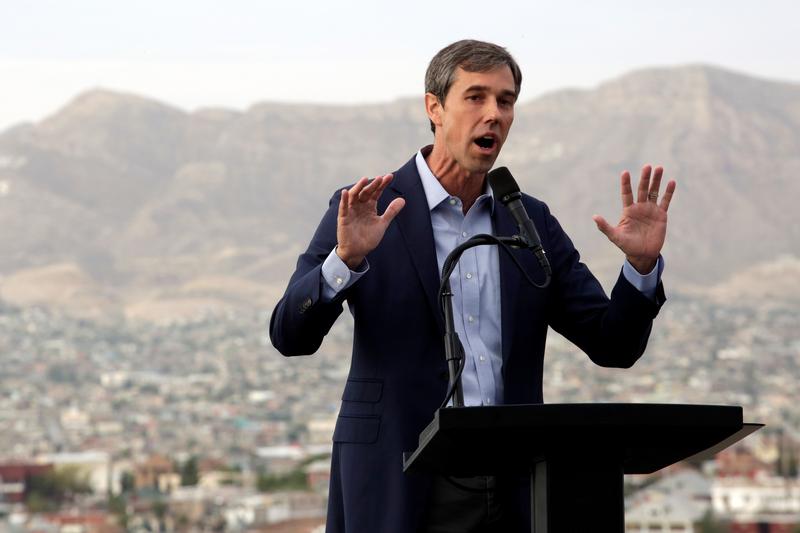 (Reuters) – Democratic presidential candidate Beto O’Rourke unveiled a plan on Friday to classify white supremacist violence as an organized crime problem and to create federal domestic terrorism offices, in a bid to combat hate crimes and gun violence in the United States.

O’Rourke hits the campaign trail again after nearly two weeks in his home city of El Paso, Texas, where a white gunman targeting Hispanics killed 22 people in a Walmart store on Aug. 3.

The former congressman unveiled his plan to fight hate crimes and gun violence the day after he made a speech recalibrating his presidential campaign. He declared on Thursday that he intends to highlight the plight of immigrants and confront what he characterized as Republican President Donald Trump’s racially charged and divisive rhetoric.

He said violent white nationalists should be treated by the U.S. government as seriously as international terrorists.

“The terrorist attack on El Paso, fueled by the racist rhetoric of Donald Trump, was not only an attack on America, but an attack on the aspirational ideals of this nation,” O’Rourke said in a statement before his plan was due to be released on Friday.

“It’s time for bold solutions… without fear of political ramifications so we can finally start making progress and saving lives.”

U.S. Senator Cory Booker, one of O’Rourke’s Democratic presidential rivals, said on Thursday he would create a White House office to combat white supremacy and hate crimes if elected.

Under O’Rourke’s plan, if elected president, he would ensure that the FBI and the Department of Justice prioritize neo-Nazi and white supremacist violence, and he would create dedicated domestic terrorism offices inside the Department of Homeland Security and DOJ.

The 46-year-old is one of many in the field of 23 Democratic candidates vying to become the nominee to take on Trump in next November’s election who have decried what they say is the president’s divisive and inciteful rhetoric about undocumented migrants.