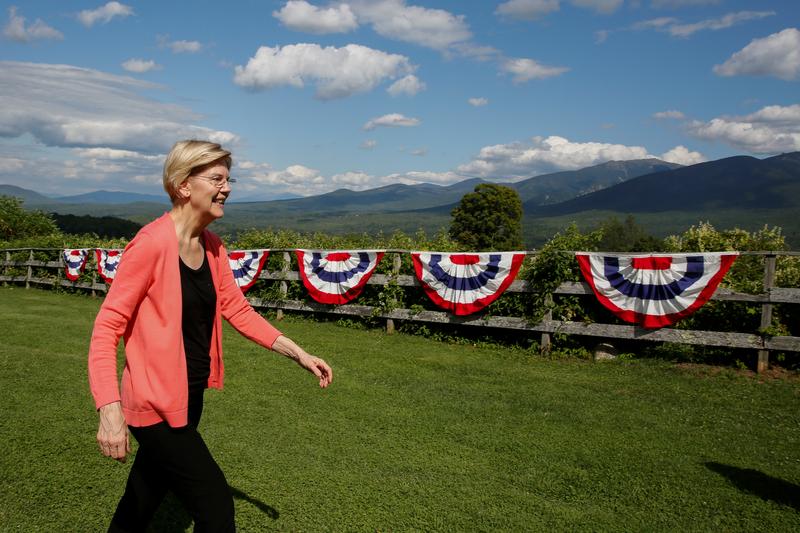 The Massachusetts senator, who faced criticism before launching her presidential campaign for claiming Native American heritage, said the United States has failed to honor its legal and moral responsibility to protect tribal nations and indigenous people.

“Washington owes Native communities a fighting chance to build stronger communities and a brighter future,” she said in a Medium post outlining her plan ahead of a Native American presidential forum next week.

Warren’s Cherokee Nation heritage claims have dogged her since her since her first Senate run in 2012 – and intensified after President Donald Trump seized on the criticism and repeatedly called her “Pocahontas.” In February she apologized to Cherokee leaders and took a DNA test in a widely criticized effort to prove her Native American ancestry.

Part of Warren’s plan includes a legislative proposal, which she will introduce with Haaland in Congress later this year. It would guarantee federal funds for Indian health, education, roads and other programs that are usually at the mercy of annual Congressional budget fights and elevate tribal affairs to a Cabinet-level priority.

It also aims to strengthen tribal sovereignty by reversing actions taken by the Trump administration to allow energy development over tribal concerns and strengthening the ability of tribes to block projects.

She said she would revoke the presidential permits that have allowed the Dakota Access and Keystone XL pipelines to proceed, reverse Trump’s reduction of national monuments, including Bears Ears – which had been formed by a consortium of southwestern tribes, and protect sacred tribal areas like New Mexico’s Chaco Canyon from mineral development.

Warren’s plan would also boost federal funding to help tribal governments buy back land and hold it in federal trust.

Her plan also aims to boost tribal sovereignty by reforming the tribal justice system. Her plan would give tribes – not the federal government – jurisdiction over crimes committed on their land by non-Native citizens and funding to strengthen tribal legal systems.

She also announced on Friday she would create a nationwide Missing Indigenous Woman Alert System modeled after the Amber Alert for missing children to tackle the crisis of missing indigenous women.