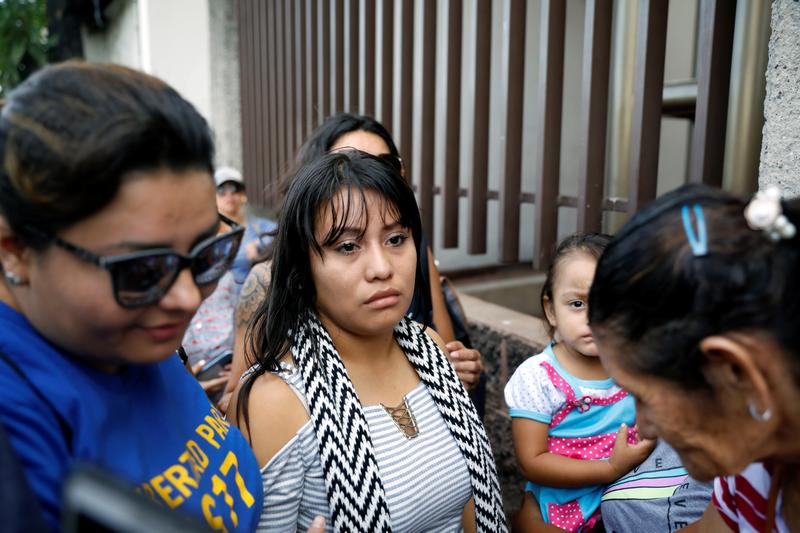 Evelyn Hernandez, who was sentenced to 30 years in prison for a suspected abortion, arrives for a hearing in Ciudad Delgado, El Salvador August 15, 2019. REUTERS/Jose Cabezas

CIUDAD DELGADO, El Salvador (Reuters) – The retrial of a Salvadoran woman convicted of aggravated homicide after having a stillbirth was scheduled to resume on Thursday, offering a possibility to overturn her 30-year sentence in a country that bans abortion in all circumstances.

In February, the Supreme Court had ordered Evelyn Hernandez released and re-tried because the original judge’s decision was based on prejudice and insufficient evidence.

Hernandez, now 21, has served three years of the three-decade sentence that was handed down after prosecutors said she had induced an abortion, despite her account that she was unaware of her pregnancy when she delivered a stillborn son in 2016.

She again stated her innocence in the retrial, which began in mid-July but went on recess due to the illness of a witness. Hernandez, a domestic worker who was studying to be a nurse, has said she got pregnant after being raped by a gang member.

Any intentional termination of a pregnancy in El Salvador can be prosecuted as a crime, including stillbirths due to home delivery or abortions induced because of medical emergencies.

Some 147 Salvadoran women were sentenced to up to 40 years in prison in such cases between 2000 and 2014, according to the Citizen Group for the Decriminalization of Abortion.

Hernandez’s retrial is the first such case to be heard under President Nayib Bukele, who took office in July and has supported the right to abortion when a woman’s life is at risk.