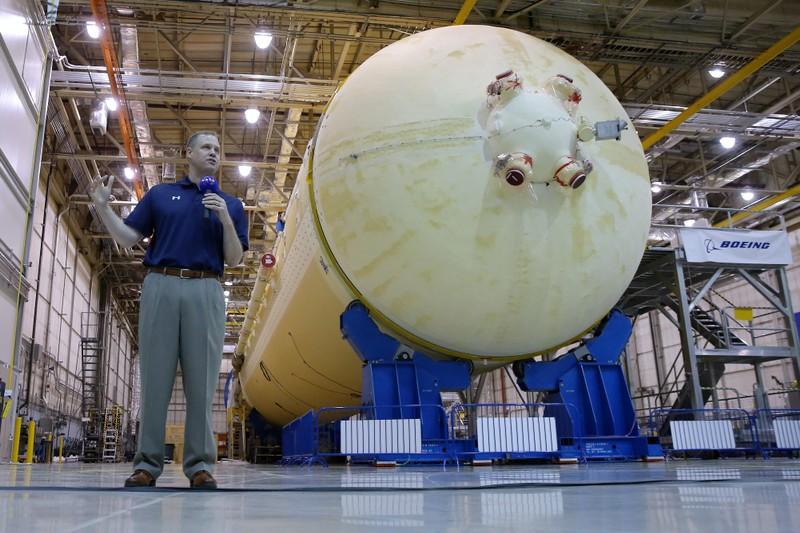 WASHINGTON (Reuters) – The head of NASA is set to announce plans on Friday to name the U.S. space agency’s Marshall Space Flight Center in Alabama as headquarters for its human lunar lander program, signaling progress in its drive to put astronauts back on the moon by 2024, three people familiar with the plan said.

NASA also will designate its Johnson Space Center in Houston to oversee development of a spacecraft to launch astronauts off the moon’s surface to a platform in lunar orbit dubbed Gateway, the sources said, speaking on condition of anonymity.

Jim Bridenstine, NASA’s administrator, is scheduled to make the announcement at the Marshall facility in Huntsville, the facility from which the lander system, composed of three different parts to be built by a handful of space contractors, will be managed, the sources said.

The two U.S. senators from Texas, Republicans Ted Cruz and John Cornyn, and a Republican U.S. congressman from the state, Brian Babin, urged Bridenstine in a letter on Thursday to reconsider the decision and hold off on making an announcement. The three lawmakers argued that Johnson Space Center should anchor the lunar landing program instead of the Alabama site.

Marshall Space Flight Center is where the family of rockets used in the Apollo program that first sent astronauts to the moon a half century ago were built.

Companies including billionaire entrepreneur Jeff Bezos’ Blue Origin, Elon Musk’s SpaceX and Lockheed Martin Corp are developing different potential components of the lunar lander and will compete for NASA funds under competitive bids scheduled to be solicited later this year.

Bridenstine in May named the program Artemis and asked Congress to increase NASA’s proposed budget for fiscal 2020, which begins Oct. 1, by $1.6 billion, the bulk of which would be earmarked to seed commercial development of the human lunar landing system.

“Standing up program offices is a really, really big deal,” one industry source involved with the plans said. “Things start to move quickly, requirements get firmed up, and you get that authority and accountability.”

The new lunar mission – an endeavor likely to cost $20 billion to $30 billion dollars over five years – comes as NASA seeks with the help of private partners to resume human space missions from American soil for the first time since its space shuttle program ended in 2011.NASA announced Bridenstine’s scheduled appearance at the Marshall facility without giving details of the announcement. It said Alabama Republican U.S. Representatives Mo Brooks and Robert Aderholt and other lawmakers are due to join Bridenstine, himself a former Republican congressman, on Friday.

Vice President Mike Pence in March announced an accelerated timeline for NASA to put astronauts back the lunar surface by 2024, cutting in half a previous goal to get there by 2028.

President Donald Trump’s own support for the mission has been unclear. In June, the Republican president criticized NASA for aiming to put astronauts back on the moon by 2024 and urged the agency to focus instead on “much bigger” initiatives like going to Mars, undercutting his previous support for the lunar initiative.

Reporting by Joey Roulette; Editing by Bill Tarrant and Will Dunham