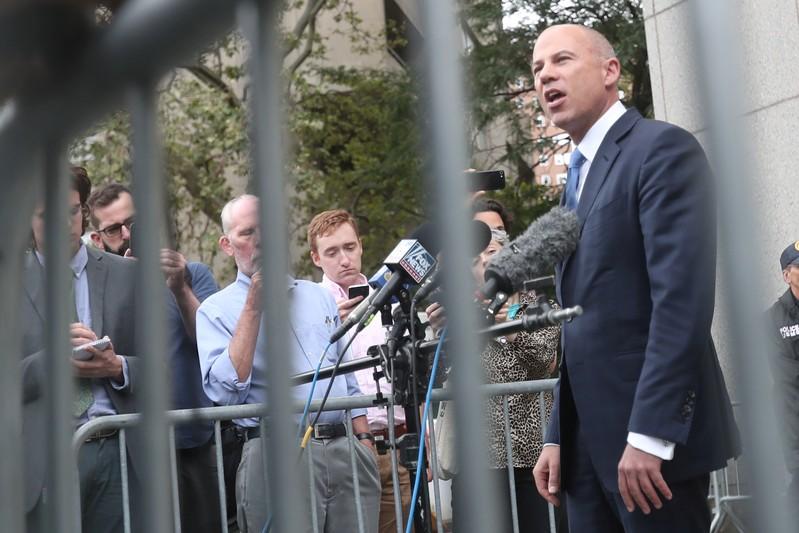 NEW YORK (Reuters) – Lawyer Michael Avenatti asked a federal judge to dismiss an indictment accusing him of trying to extort Nike Inc (NKE.N), saying he was targeted in a “vindictive and selective prosecution” because of his feud with U.S. President Donald Trump.

In a Wednesday night court filing, Avenatti blamed the office of U.S. Attorney Geoffrey Berman in Manhattan for having “eschewed the typically careful and thoughtful fact-gathering investigation on which it historically prides itself” in its “zest to nab” him.

Avenatti also said Trump and his family “have demonstrated genuine animus” toward him and that it was clear he would not have been prosecuted if not for that animus.

A spokesman for Berman declined to comment on Thursday. The White House did not immediately respond to a request for comment.

In March, Avenatti was accused of trying to extort more than $20 million from Nike by threatening to expose what he called its improper payments to recruits for college basketball teams it sponsored.

Prosecutors said Avenatti agreed to back off only if the athletic wear company would pay $1.5 million to his whistleblower client, basketball coach Gary Franklin, and up to $25 million for him and the lawyer Mark Geragos to conduct a investigation.

Nike has denied wrongdoing. Geragos has not been charged.

Avenatti said his demands, made in obscenity-laden communications recorded at prosecutors’ behest after Nike approached them, were merely part of settlement negotiations and reflected his “zealous advocacy” for Franklin.

He said none of that seemed to matter to prosecutors who let his “aggressive” public persona, “long feud” with Trump and brief involvement in Cohen’s prosecution color their actions.

“If Mr. Avenatti were attorney Doe – or Mr. Geragos, for that matter – he would not have been arrested or charged,” Wednesday’s filing said.

Prosecutors in Manhattan also have charged Avenatti with stealing about $300,000 from Daniels after helping her secure a book contract, to fund his extravagant lifestyle.

Daniels, whose real name is Stephanie Clifford, claimed to have received hush money not to discuss her alleged affair with Trump in 2006.

Avenatti also faces charges in California of wire fraud, bank fraud and other crimes, including for defrauding other clients.

He has pleaded not guilty to the various charges and could face more than 400 years in prison if convicted.