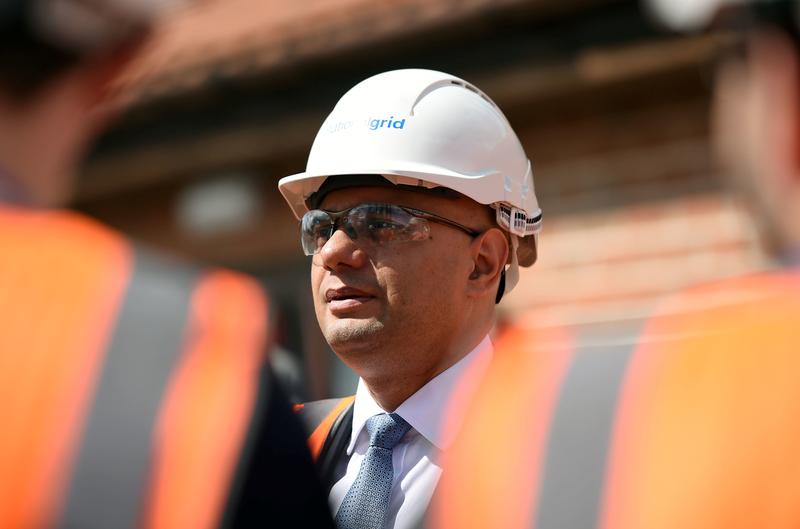 LONDON (Reuters) – Prime Minister Boris Johnson’s government has made billions of pounds of new spending commitments in its first three weeks in office, even before the potential costs of a disruptive, no-deal Brexit are taken into account.

New Finance Minister Sajid Javid will give more details of the plans next month, before a full annual budget later in the year – assuming that a no-confidence vote and an election do not intervene before then.

Following is a summary of where the public finances may be heading.

HOW ARE BRITAIN’S PUBLIC FINANCES NOW?

Britain’s government borrowed 23.5 billion pounds in the year to March 2019, equivalent to 1.1% of annual economic output and the lowest since the 2001/02 financial year.

This is down sharply from a peak of 9.9% of GDP in 2009/10, when the financial crisis triggered a slump in tax revenues and greater spending on some social benefits.

Public debt – the total amount of outstanding borrowing – has fallen much more slowly as a share of GDP and is still more than double its level before the financial crisis at 83% of GDP, excluding borrowing by state-owned Royal Bank of Scotland.

Britain is not alone in struggling to reduce debt against a backdrop of lacklustre growth since the financial crisis, with Germany the only big advanced economy to have a lower debt-to-GDP ratio.

WHAT HAS BORIS JOHNSON’S GOVERNMENT PLANNED?

Johnson declined during his leadership campaign to back the government’s existing fiscal rules, which aim to keep the deficit below 2% of GDP during normal economic times, and ensure debt falls as a share of GDP.

Javid has said he will respect this rule when he sets spending budgets for the next financial year in September, but the government says the longer-term future of the fiscal rules is “under review”.

Since coming to power, Johnson has announced a series of costly spending pledges on police, schools and deprived towns, which taken together are likely to add as much as 9 billion pounds a year to borrowing if fully implemented.

Exact details – crucially including how rapidly the money is expected to be spent – will become clearer in September’s spending round, though planning beyond next year is being deferred until a full spending review in 2020.

Javid has also said he will respond to a public commission that has called for more long-term infrastructure spending.

The public will probably have to wait for Javid’s first budget to learn how fast Johnson plans to implement a campaign goal to raise the threshold at which the 40% income tax rate becomes payable to 80,000 pounds from 50,000 pounds.

Similar tax changes in the past have been spread out over several years, delaying the full budget impact which is likely to be about 9 billion pounds a year.

Credit ratings agency Moody’s said the total cost of all these measures, if fully implemented, would increase the budget deficit by 1.5% of GDP, or roughly 30 billion pounds, unless there were other offsetting tax rises or spending cuts.

Analysts at RBC pencilled in a cost of 26 billion pounds.

CAN BRITAIN AFFORD THIS?

Britain can borrow about 25 billion pounds a year more, and still achieve a marginal fall in debt as a share of GDP.

Moreover, the cost of new borrowing from the bond market is currently at a record low, due to fears that the world economy could be heading for a recession. Investors currently charge the UK less than 0.5% interest a year to borrow for 10 years, and an annual interest rate of around 1% for 30-year borrowing.

But interest rates are unlikely to remain this low forever, making these borrowing rates more relevant for specific infrastructure projects than for ongoing spending on public services or tax cuts.

In the longer run, Britain will face higher day-to-day expenses for pensions, healthcare and social care for an ageing population. Recessions, which typically come around every decade, add to debt and will put it on a long-run upward path unless efforts are made to reduce borrowing during good times.

HOW WOULD BREXIT AFFECT THIS?

Britain’s Office for Budget Responsibility estimated last month that leaving the EU without a deal on Oct. 31 would add 30 billion pounds a year to public borrowing in the 2020/21 tax year, even under the more benign of two scenarios outlined by the International Monetary Fund.

Britain’s government would be under pressure to direct public spending to prop up businesses or aid regions that are particularly affected by new barriers to trade with the EU.

Tax revenue would also fall due to a recession pushing up unemployment and reducing asset prices, and only a small part of the drop would be offset by customs duties and a further forecast fall in debt interest costs.