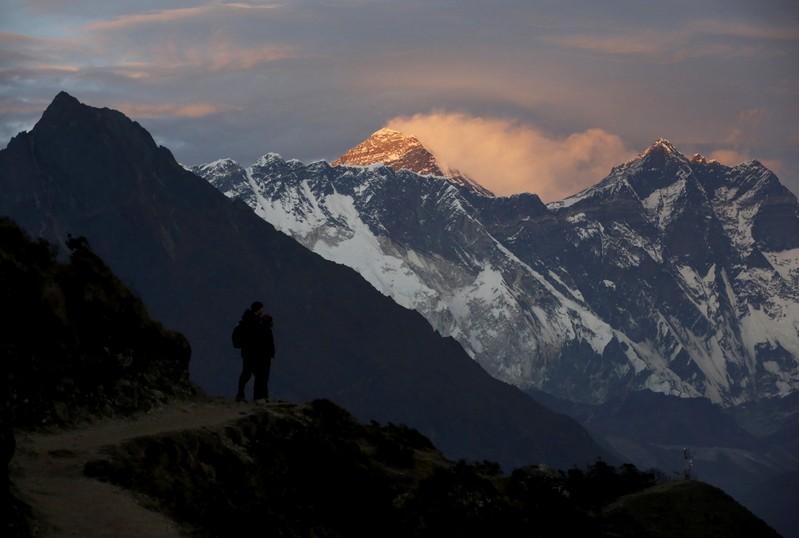 KATHMANDU (Reuters) – Nepal must make training and experience in high altitude climbing mandatory for all climbers on Mount Everest and other high peaks, a government panel said on Wednesday, following the deadliest climbing season in four years.

Eleven climbers were killed or went missing on the 8,850 meter (29,035 feet) mountain in May – nine on the Nepali side and two on the Tibetan side.

The Nepali panel – made up of government officials, climbing experts and agencies representing the climbing community – was set up after climbers and guides criticized officials after the deaths for allowing anyone who paid $11,000 to climb Everest.

Nepal is home to eight of the world’s 14 highest mountains, including Everest, and mountain climbing is a key source of employment and income for the cash strapped nation.

But the numbers attempting the climb in May led to crowding in the so-called death zone, where there are very low oxygen levels. That put lives at risk as oxygen cylinders ran out while up to 100 people waited in the queue.

Nepal issued 381 permits for Everest for this year’s climbing season, which tends to culimate in May, when the daylight and weather is the most forgiving.

“Climbers to Sagarmatha and other 8,000 meter mountains must undergo basic and high altitude climbing training,” the panel said in a report submitted to the government, referring to the Nepali name of Mount Everest.

The report said those hoping to climb Everest must climb at least one Nepali peak above 6,500 meters before getting a permit. Climbers must also submit a certificate of good health and physical fitness, and be accompanied by a trained Nepali guide, it said.

Ghanshyam Upadhyaya, a senior Tourism Ministry official, said the recommendations would be implemented.

“The government will now make the required changes in laws and regulations guiding mountain climbing,” he told Reuters.

Mira Acharya, a member of the panel said “climbers died due to altitude sickness, heart attack, exhaustion or weaknesses and not due to traffic jams”.

She said the compulsory provision of guides for each climber was to discourage solo attempts which put lives at risk.

A reliable weather forecasting system should be in place and rope fixing should be done in time, giving enough space for the climbers to use a window of good weather to reach the summit, the report said.