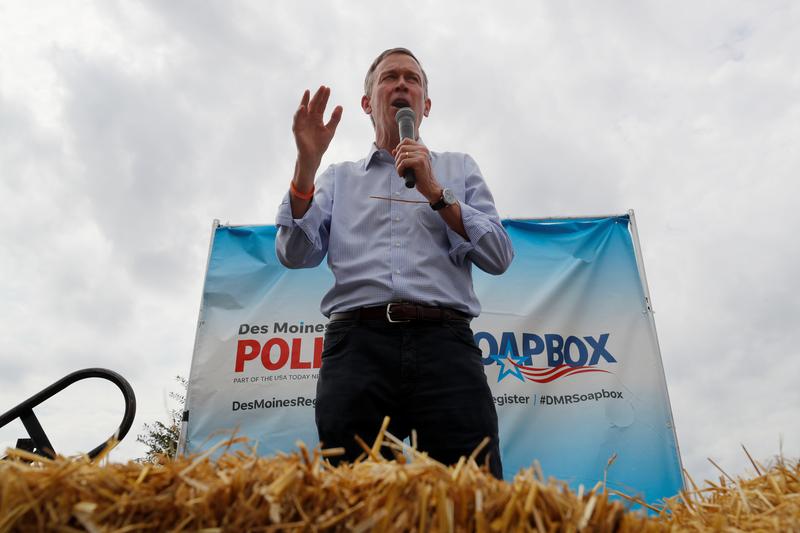 Hickenlooper’s campaign refused to comment on the report. Democrats in Colorado have been urging the popular former governor and former mayor of Denver to enter the race to wrest the seat from Republican Cory Gardner.

Democrats need to pick up three seats in the Senate in 2020 to take control from Republicans, and many in the party have pinned their hopes on Colorado, a state that does not lean heavily toward one party or the other. Republican President Donald Trump is unpopular in the state, and Hickenlooper’s high ratings could propel him into the Senate seat if he does run.

Hickenlooper is one of two dozen Democrats seeking the party’s nomination to run against Trump in 2020. But his effort has so far failed to catch fire.

Staff members in June advised Hickenlooper to find a graceful way to bow out of the campaign, a source with knowledge of the situation told Reuters at the time. Several of Hickenlooper’s campaign aides quit just days after that meeting.

Word that Hickenlooper was considering switching to the Senate race came just a few weeks before the Democratic Party’s scheduled September debate among candidates seeking the presidential nomination.

While Hickenlooper met the party’s qualifications for its debate stage in June and July, he so far has not raised nearly the minimum amount of money from small donors or polled high enough in national polls to meet the party’s higher threshold for the September event.

His spokesman, Peter Cunningham, said Tuesday that Hickenlooper would not comment on calls from Colorado Democrats or others in the national party for him to switch his efforts to the Senate race.

The New York Times reported that discussions about switching had taken place in the automobile of Senator Michael Bennet of Colorado, himself a Democratic presidential candidate. A Bennet spokeswoman confirmed that the two spoke in Iowa on Friday, but did not say what they talked about or give any further details.

On Tuesday, a political action committee launched a website urging Hickenlooper to run for the Senate and took out advertisements in the Denver Post and elsewhere.

On Monday, the Denver Post reported that a poll conducted on behalf of a national Democratic group involved in Senate races showed Hickenlooper well ahead of other candidates for the party’s nomination to the Senate seat.