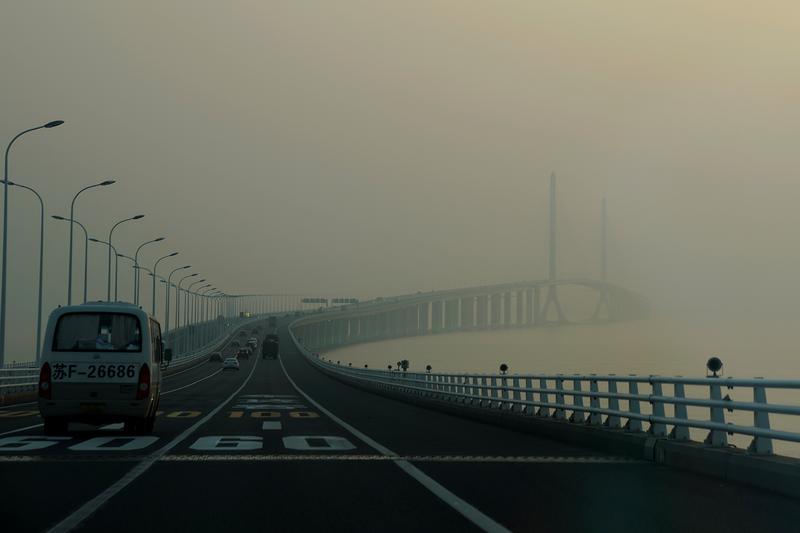 SHANGHAI (Reuters) – An influential Chinese think tank is calling on the government to set absolute caps on climate-warming greenhouse gas to ensure the country is on course for emissions to peak by the end of the next decade.

FILE PHOTO: A bridge covered in smog is seen during a polluted day in Shanghai, China November 29, 2018. REUTERS/Aly Song

China, the world’s biggest producer of greenhouse gas, has pledged to bring its total emissions to a peak by “around 2030” as part of its commitments to a global 2015 accord aimed at curbing temperature rises.

However, a research report circulated by the government-run National Center for Climate Change Strategy and International Cooperation (NCSC) on Tuesday warned the goal might not be within reach unless absolute limits on carbon emissions are included in the nation’s 2021-2025 five-year plan.

Non-fossil fuels would account for 17.6% of China’s total energy mix by 2030 under current policies, falling short of China’s pledge of around 20%, the study added.

It said there was still room for big improvements, with recent policies focusing too heavily on industrial- rather than consumer-related emissions, particularly in areas like energy, construction and transportation.

Policymakers have also been too short-term in their thinking when it comes to setting industry goals, meaning that high-carbon assets in sectors like steel or coal could end up being “stranded” when policies are tightened in the future, it said.

The NCSC is a unit of the Ministry of Ecology and Environment and plays a role in setting climate policies, but it remains unclear whether China will heed its recommendations, especially with the economy under pressure.

“The environment ministry is trying to push the idea of carbon caps in the overall five-year plan, which should be released in early 2021 … but it doesn’t have the final say,” said Li Shuo, senior climate advisor with environmental group Greenpeace.