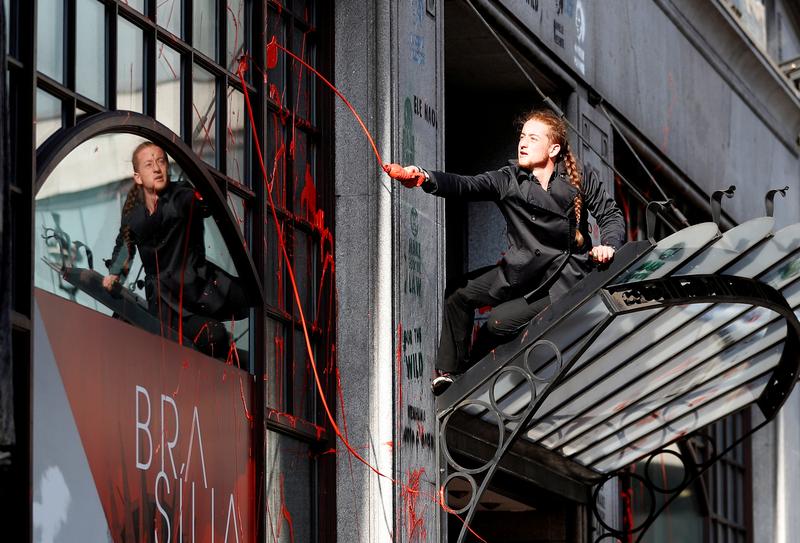 LONDON (Reuters) – Climate change protesters threw red paint onto the Brazilian embassy in London on Tuesday to demonstrate against damage to the Amazon rainforest and what they described as violence against indigenous peoples living there.

Two activists from the Extinction Rebellion group climbed onto a glass awning above the entrance of the embassy, and two others glued themselves to the windows.

Red hand prints and streaks of red paint could be seen all over the facade, as well as slogans such as “No More Indigenous Blood” and “For The Wild”.

The group said the protest was timed to coincide with a march by indigenous women in Brasilia on Tuesday, and that similar actions were taking place at Brazilian embassies in Chile, Portugal, France, Switzerland and Spain.

The Brazilian embassy in London could not immediately be reached for comment.