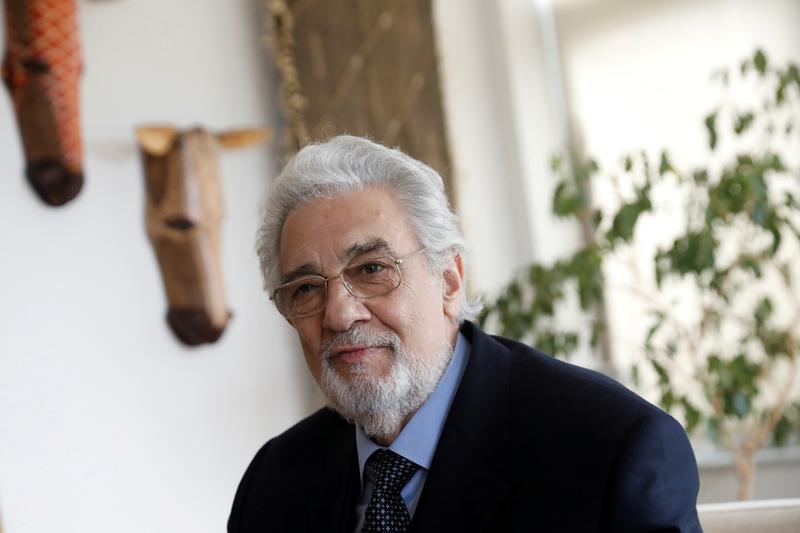 LOS ANGELES (Reuters) – The Los Angeles Opera said on Tuesday it will investigate accusations of sexual misconduct against Spanish tenor Placido Domingo, who described the claims as inaccurate.

The Los Angeles Opera, where Domingo is general director, was responding to accusations made by eight singers, a dancer and others in the classical music world in a report by the Associated Press.

The news agency reported allegations by the women of inappropriate behavior. The Associated Press said it also had spoken to almost three dozen other musicians, voice teachers and backstage staff who said they had witnessed what the report described as “sexually tinged” behavior by Domingo dating back three decades in various cities.

“LA Opera will engage outside counsel to investigate the concerning allegations about Placido Domingo,” the opera house said in a statement. The LA Opera is “committed to doing everything we can to foster a professional and collaborative environment where all our employees and artists feel equally comfortable, valued and respected.”

Domingo, in a statement distributed by his publicist Nancy Seltzer, called the accusations “deeply troubling, and as presented, inaccurate.”

“Still, it is painful to hear that I may have upset anyone or made them feel uncomfortable — no matter how long ago and despite my best intentions,” Domingo’s statement said. “I believed that all of my interactions and relationships were always welcomed and consensual.”

The Philadelphia Orchestra Association said on Tuesday it had withdrawn an invitation to Domingo to appear as part of its opening night on Sept. 18.

The Metropolitan Opera in New York, where Domingo is due to perform in “Macbeth” next month and “Madama Butterfly” in November, said in a statement that it took accusations of sexual harassment and abuse of power seriously but would await the results of the LA Opera investigation “before making any final decisions about Mr Domingo’s future at the Met.”

Domingo, 78, is one of the most famous opera singers and directors in the world and the LA Opera described him on Tuesday as a “dynamic force” there for more than 30 years. He was one of the “Three Tenors,” along with Jose Carreras and the late Luciano Pavarotti, who brought opera to a wider audience with concerts around the world in the 1990s.

In the statement released by his publicist, Domingo added that while he would not intentionally harm, offend or embarrass anyone, “I recognize that the rules and standards by which we are – and should be – measured against today are very different than they were in the past.”

Hundreds of women have publicly accused powerful men in business, politics, the news media, sports and entertainment of sexual harassment and abuse since October 2017, fueled by the #MeToo social movement.