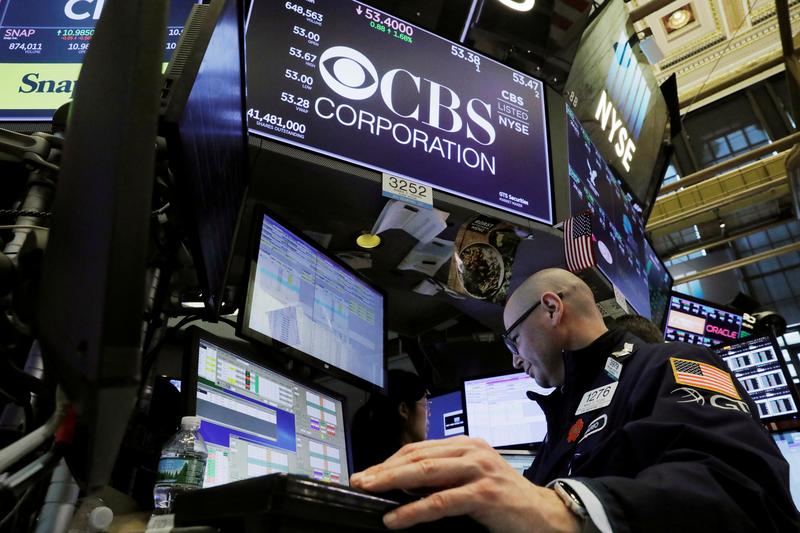 FILE PHOTO: A trader works below the CBS Corporation logo on the floor of the New York Stock Exchange shortly after the opening bell in New York, U.S., May 14, 2018. REUTERS/Lucas Jackson/File Photo

Viacom shareholders will receive 0.59625 CBS shares for each share they own, representing a slight premium to Viacom’s closing price on Monday.

The two companies are controlled by National Amusements Inc, the holding company owned by billionaire Sumner Redstone and his daughter, Shari.

The deal represents a victory for Shari Redstone, president of National Amusement, after three attempts since 2016. Previous merger talks had failed because of clashes between executives over divvying up top jobs and the companies’ relative valuation.

Viacom Chief Executive Bob Bakish will be the President and CEO of the combined company. Joe Ianniello, interim CEO of CBS, will be named Chairman and CEO of CBS, which will exclude the Showtime cable network and book publisher Simon & Schuster.

The companies said they expected about $500 million in annual synergies, or cost savings.

Additional reporting by Helen Coster in New York and Supantha Mukherjee in Bengaluru; Editing by Saumyadeb Chakrabarty and Nick Zieminski