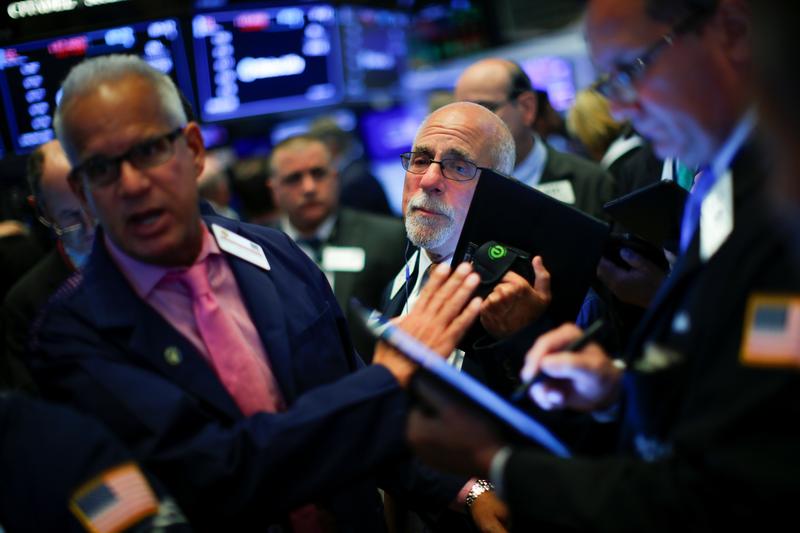 (Reuters) – U.S. stocks surged almost 2% on Tuesday as the Trump administration said it would delay 10% tariffs on some Chinese products, including laptops and cell phones, driving a 5% surge in shares in iPhone maker Apple Inc.

The Office of the U.S. Trade Representative said tariffs would also be delayed until Dec. 15 on “computers, video game consoles, certain toys, computer monitors, and certain items of footwear and clothing.”

That eased the concerns of a trade war-driven slowdown in global growth that have dominated two weeks of volatile trading on Wall Street, since President Donald Trump announced a new round of tariffs on Aug. 1.

A 4.8% jump in Apple shares and a rise in chip stocks pushed the technology sector, traditionally among the most sensitive to trade issues, 2.33% higher. The Philadelphia chip index .SOX rose 3.16%.

Boeing Co (BA.N) rose 1.00% while Caterpillar Inc (CAT.N), another company heavily exposed to Chinese demand, gained 3.74% and traders said the statement by the USTR offered hope of some progress in talks between Washington and Beijing ahead.

“Its unlikely that there’s going to be major deal, but we might start to see some small concessions on both sides,” Tom Plumb, chief investment officer of Plumb Funds.

“It’ll be good maybe for this week as we kind of get out of an oversold situation but the market is going to bounce around for the rest of the year.”

Wall Street’s main indexes had initially opened lower, adding to a global slide in stocks due to geopolitical concerns, with a Labor Department report also showing the core consumer price index rose 2.2% in the 12 months through July.

For some analysts, that data spoke against the U.S. Federal Reserve delivering another swift cut in interest rates.

“Core CPI was a bit higher-than-expected and anything that decreases the odds of the Fed being aggressive in cutting rates is going to be viewed as a negative,” said Scott Brown, chief economist at Raymond James in St. Petersburg, Florida.

Financial markets have fully priced in a rate cut at the U.S. central bank’s September meeting following a recent escalation in the bruising trade war between the United States and China. [MMT/]