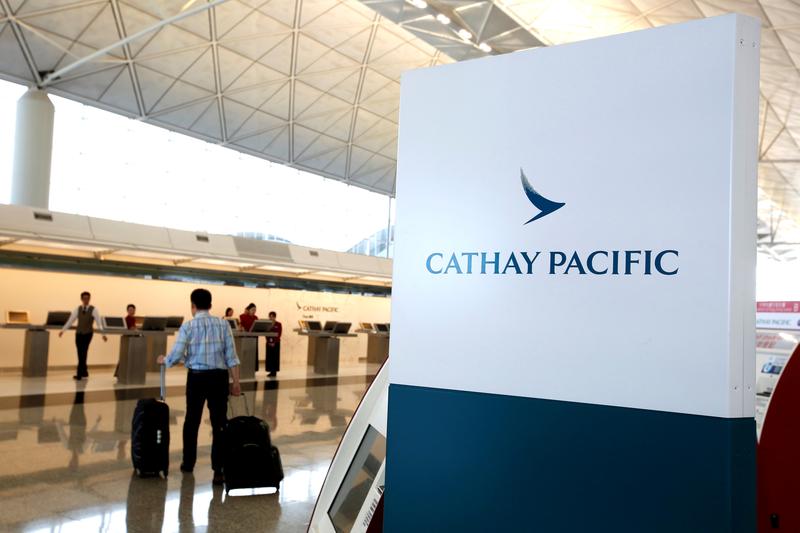 HONG KONG/BEIJING (Reuters) – Shares in Hong Kong flag carrier Cathay Pacific Airways (0293.HK) fell more than 4% in early trade on Monday to close to a 10-year low, after the airline fired staff in response to demands from China.

China’s aviation regulator on Friday demanded the airline suspend personnel who have engaged in and supported illegal protests in Hong Kong from staffing flights into its airspace, citing safety concerns.

The airline moved fast to comply with the demand, suspending a pilot arrested during anti-government protests in Hong Kong and firing two airport employees citing misconduct on Saturday. It also said it would bar “overly radical” staff from crewing flights to the mainland.

Shares in the company tumbled to HK$9.82 on Monday morning, their lowest since October 2018 and near levels not seen since the 2009 financial crisis.

“Not only is this likely to affect direct China flights, but also flights to Europe and, to a lesser extent, to the U.S., given that they fly over China airspace,” Jefferies analysts said in a note on Sunday.

“We believe near-term headwinds are likely to lead to further downward pressure on the share price.”

Jefferies maintained its “buy” rating on the Hong Kong’s flagship carrier, saying the company would remain profitable due to lower costs in the second half.