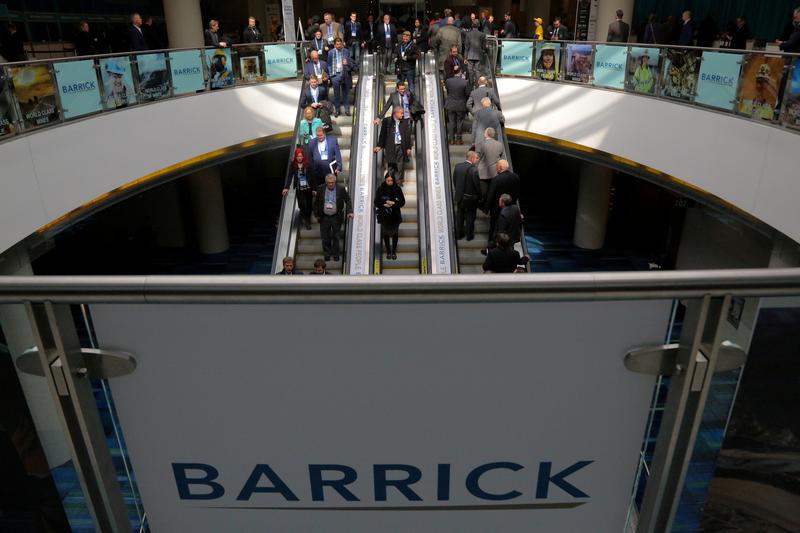 (Reuters) – Barrick Gold Corp (ABX.TO) (GOLD.N) reported quarterly adjusted profit that nearly doubled on higher production on Monday, and said it has a “great deal of work” ahead resolving problems around its African unit, whose buyout the company expects to complete next month.

Barrick also said it plans to begin the sale process for its 50% stake in the Kalgoorlie operation in Western Australia in the third quarter. Newmont Goldcorp (NEM.N) owns the remainder.

The Toronto-based company is in the process of integrating operations following a flurry of activity over the past few quarters, from the acquisition of Randgold Resources late last year to a joint venture in Nevada with the world’s biggest gold producer, Newmont Goldcorp, to the buyout of Tanzania-focused unit Acacia Mining Plc (ACAA.L).

Chief Executive Mark Bristow, who led Randgold before taking over leadership of the combined company, said in Barrick’s earnings statement that Acacia’s operations had not been managed by previous Barrick management.

He said Barrick must work to “get to grips” with Acacia’s operations, and sort out disputes the London-listed miner has faced in Tanzania.

In a separate statement on Monday, Acacia said the Tanzanian government had lifted a July suspension of gold shipments from its North Mara mine.

Barrick swung to a net profit of $194 million in the second quarter, or 11 cents a share, from a loss of $94 million, or 8 cents, a year earlier, driven by favorable tax adjustments and currency movements, the company said. Analysts had expected a profit of $199.6 million.

Gold output in the quarter jumped nearly 27% to 1.35 million ounces from a year ago, while copper rose about 17% to 97 million pounds.

Bloomberg reported last week that Barrick is seeking to sell its Tongon mine in Ivory Coast. The company is prepping the sale of its Lumwana mine in Zambia in the second half, Reuters reported in May.

Kalgoorlie, Tongon and Lumwana are not among the Tier 1 assets that Barrick has said it will focus on.