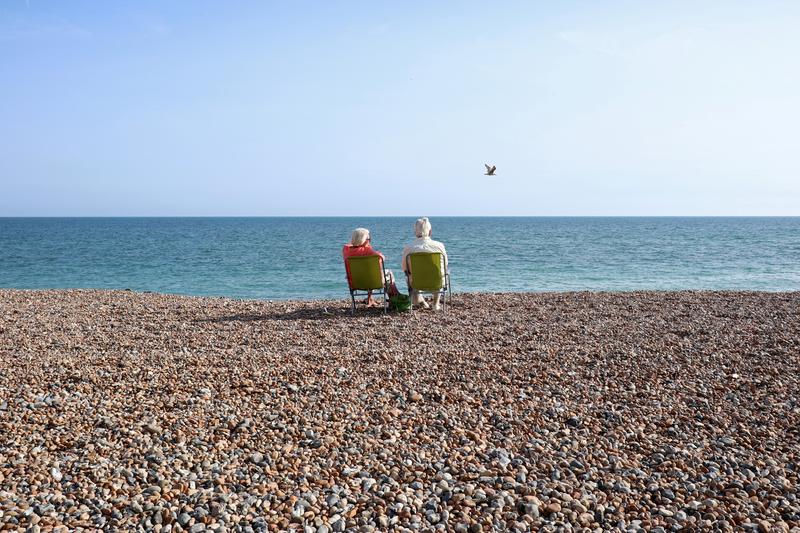 FILE PHOTO: A couple sit on the beach and look out to sea on the August bank holiday weekend in Worthing, Britain, August 26, 2017. REUTERS/Russell Boyce/File Photo

LONDON (Reuters) – The seafront in the resort of Worthing on England’s south coast was closed on Sunday after a small number of people reported symptoms including sore eyes and vomiting, police said.

A cordon was put in place along the seafront and people were advised to shut all windows and doors or stay away from the area, Sussex Police said in a statement.

Two people were checked at hospital before being discharged and advised to go home, wash their clothes and have a shower, police said.

In August 2017 up to 50 people at the coast near Eastbourne, about 60 km from Worthing, suffered irritation to their eyes and throats from an unidentified chemical haze.