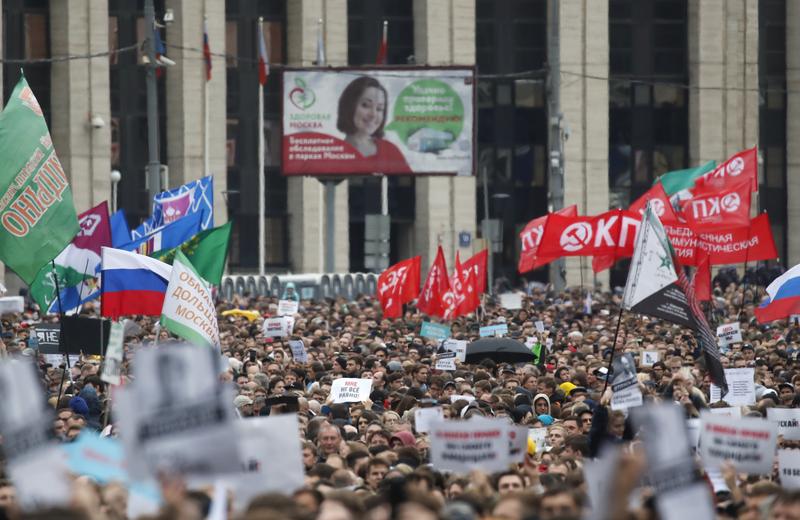 Tens of thousands of Russians staged what observers called the country’s biggest political protest for eight years on Saturday, defying a crackdown to demand free elections to Moscow’s city legislature.

The watchdog, Roscomnadzor, said Russia would consider it interference in its sovereign affairs and a hostile influence should Google fails to respond to the request.